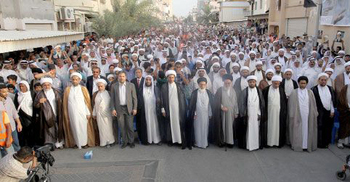 SHAFAQNA – Clerics in Bahrain condemned the “blatant assault and gunfire that targeted the Al-Marzouq Hussainia in Wadyan village in the island of Sitra, especially that these attacks are being launched repeatedly as the attack against Al-Himla obsequies and another in Damistan without any precautions taken.”

The clerics expressed shock in their statement issued on Tuesday (January 12, 2016) at the announcement of Jaffaria Endowments (Waqf) which stated on the behalf of the Interior Ministry that the gunfire was caused by the security forces by mistake.

“Can we say now that the Ministry of Interior admits to using live rounds of bullets while confronting peaceful protests, so we can say that the Hussainia was targeted by mistake, since it aimed at targeting the protestors?,” they stressed.

“We consider the matter to be more than an accident. We demand pursuing the real perpetrators and punish them in order to guarantee that such dangerous incidents would not be repeated,” added the clerics.

Concluding their statement, the clerics called on the Jaffaria Directorate to “take its responsibility by revealing the truth and following matters seriously, not be a voice to justify assaults on mosques and obsequies and cover for the perpetrators.”

“There is no power and no strength but in Allah,” they said. 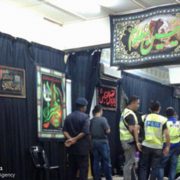 Shia Malaysians file a lawsuit against authorities over Ashura restrictions 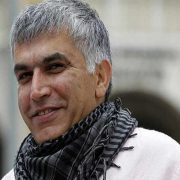 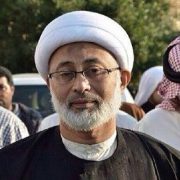