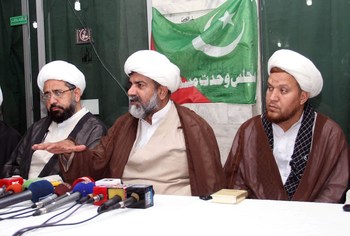 SHAFAQNA- Central Secretary General of MWM Pakistan Allama Raja Nasir Abbas Jafri while appreciating the uplifting of international sanctions on Iran and declaring it a positive step towards the security and stability of the region said “Iran enjoys the international support in its efforts for establishing peace in the Middle East and in the world, at large. Uplifting of international sanctions on Iran will not only help Iran to develop economically but also other countries”.

In his statement issued from Wahdat House, he said “our country is suffering from extreme shortage of energy and gas therefore, Pakistan should not further delay to practically implement the deals with Iran for importing gas. PM Nawaz Sharif should also talk about the issues that Pakistan has been facing in his upcoming meeting with the Iranian government”.

Allama Raja Nasir Abbas Jafri further said “Iran is our sincere Islamic brother country, Jews and Christians have been busy in doing negative propaganda against Iran, in order to prove it a conflicting country in the Islamic world. Ruining the unity of Muslim Ummah is the foremost target of anti-Islam forces and we should foil their aims with unity and brotherhood”.

“Prime Minister of Pakistan and army chief General Raheel Sharif’s mediation to ease the ongoing tensions between Saudi Arabia and Iran is an august action. While making international decisions, our government should think about international conditions, ground realities and issues faced by Muslim Ummah”, he added.

Rapprochement in between Iran and Pakistan in couterterrorism 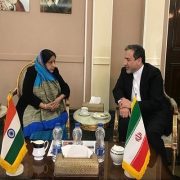