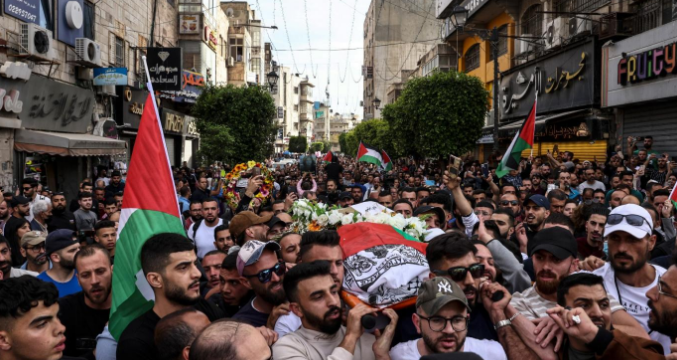 The horrific news of the martyrdom of Shireen Abu Akleh, an icon of resistance and freedom-seeking movement in the Arab and international press, by the Zionist regime military, which indicates the tyranny of the fake and occupying regime brought a lot of sadness and sorrow to us.

This savage act undoubtedly reflects the Zionist regime’s fear of revelation of truth by freedom-seeking journalists particularly your martyred colleague who wholeheartedly covered the crimes of this occupying regime in Palestine for 25 years.

We offer our sincere condolences to you, all freedom-seekers and entire free press across the world and reaffirm the importance and value of your work in revealing the Zionist regime’s crimes in Palestine. To sum up, we declare our readiness to join hands with all Palestinian journalists and freedom-seeking journalists who seek to materialize the rights of the oppressed Palestinian people; all those who have lost one of their best colleagues; a brave reporter praised for her expertise and commitment.

Farshad Mahdipour, Deputy Minister for Press Affairs at the Islamic Republic of Iran’s Ministry of Culture and Islamic Guidance