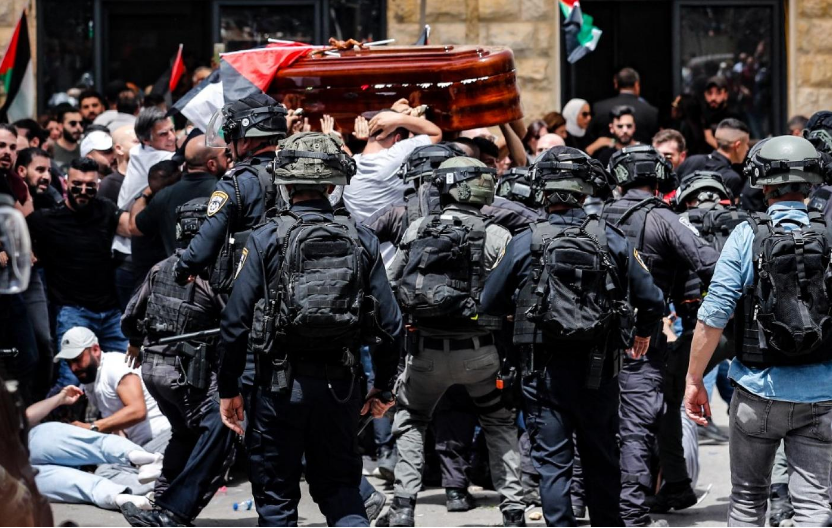 Thousands of Palestinians have gathered for the funeral service, before Abu Akleh is taken to the Mount Zion Protestant Cemetery, where she will be buried alongside her late parents. Abu Akleh’s body was brought from Jenin, where she was killed by Israeli forces on Wednesday, to Jerusalem via Nablus and Ramallah, in a procession where Palestinians paid their respects.

Palestinian mourners insisted on carrying Abu Akleh’s coffin on their shoulders from the St Joseph French Hospital to the Roman Catholic church in the Old City, before taking her to her final place of rest, the Zion cemetery. Before they could leave the hospital premises, Israeli forces attacked them, pushing them back and storming the yard.

An Al Jazeera livestream captured the moment mourners nearly dropped Abu Akleh’s coffin as Israeli forces beat them. Moments later, they forced mourners to place the coffin inside a car and only allowed it to leave the hospital if unaccompanied. Dozens of people in the hospital who wanted to join the procession were prevented from doing so. When the casket finally arrived at the Roman Catholic church, dozens more supporters were waiting to attend Abu Akleh’s funeral service.