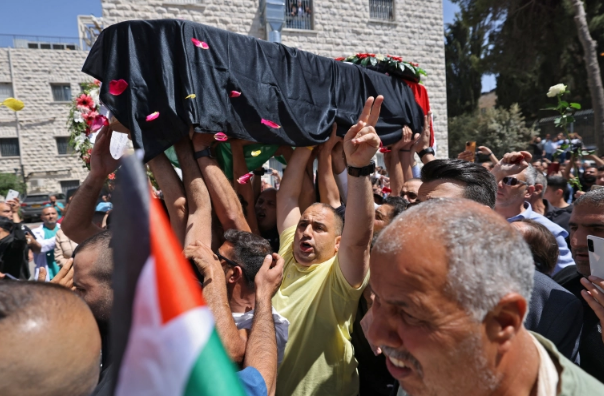 Israeli forces beat crowd of mourners carrying coffin of Shireen Abu Akleh ahead of funeral in the Old City of occupied East Jerusalem.