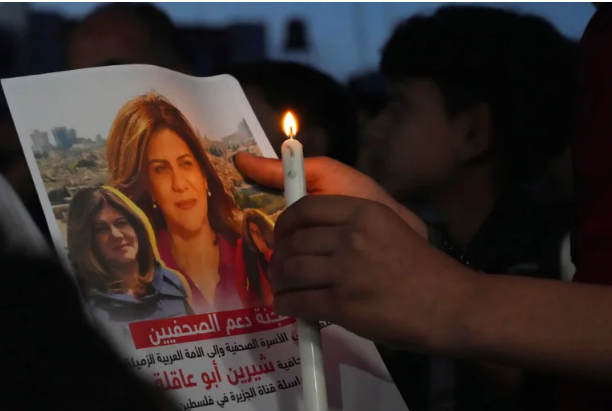 SHAFAQNA- Police in Berlin have banned a vigil in memory of Al-Jazeera’s ournalist Shireen Abu Akleh.
The event is one of a number of gatherings that have been forbidden by the authorities under an unprecedented and wide-ranging ban on pro-Palestinian protest in the German capital.

The gathering in memory of Abu Akleh had been organised by Jüdische Stimme, a Jewish group that supports Palestinian rights. But police told the group that the event – planned to take place on Friday evening – fell under the ban on protests in the run-up to Nakba Day.

Nakba Day is marked by Palestinians every year on May 15, the anniversary of the founding of the state of Israel, which led to the expulsion of 700,000 Palestinians and the continuing occupation.