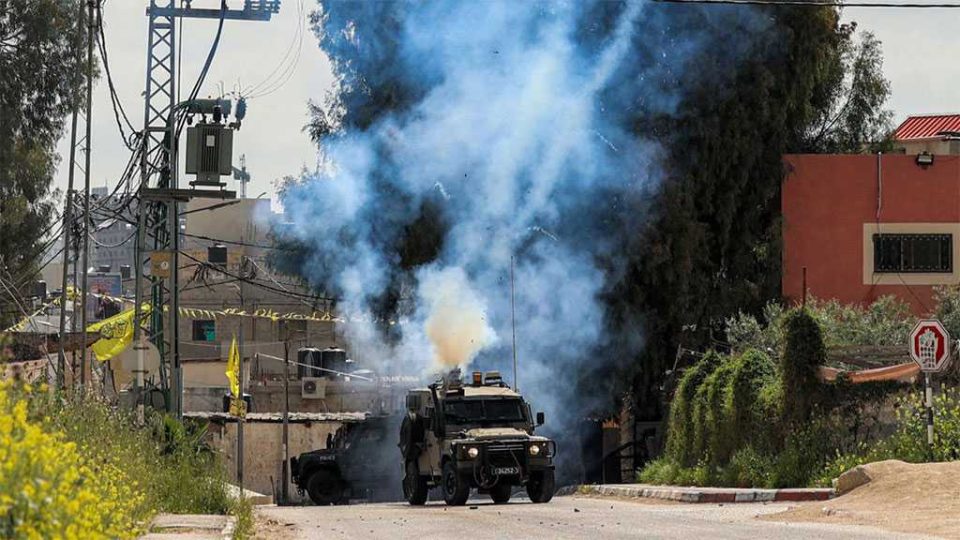 Israeli occupation troops opened live fire and shot rubber-coated bullets at young Palestinians, who were attempting to block their passage.

The sources added that at least six people, including former Palestinian prisoner Daoud Al-Zubaidi, were struck with bullets and were transferred to a nearby hospital to receive medical treatment.

The forces surrounded the house belonging to Mahmoud Al-Daba’i, with ‘Israeli’ snipers deployed in large numbers in the surrounding areas.

Local sources said the occupation regime forces detained the Palestinian man’s mother and used her as a hostage to compel him to surrender.

Video: The blessing of seafood