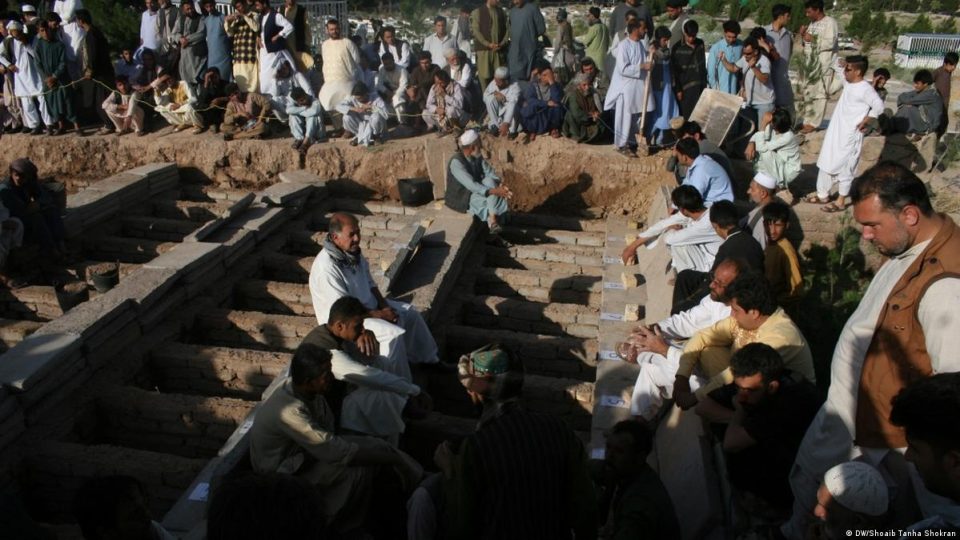 SHAFAQNA- A new report from the UN Mission in Afghanistan (UNAMA) confirms the erosion of basic human rights across the country since the Taliban takeover in August last year, pointing out they bear responsibility for extrajudicial killings, torture, arbitrary arrests and detentions, and violations of fundamental freedoms.

The UNAMA findings, confirm many of the concerns voiced over the direction of human rights under the Taliban 11 months ago, after foreign forces pulled-out and the elected government collapsed.

Taliban authorities have presided over widespread human rights abuses since they took control of Afghanistan last August, the UN said, including 160 killings of former government officials and members of the security forces, and dozens of cases of torture, arbitrary arrests and inhumane punishments.

“[The United Nations] has documented persistent allegations of extrajudicial killings, arbitrary arrests and detentions, and torture and ill-treatment carried out by the de facto authorities,” the report, titled Human Rights in Afghanistan, found.

The UN said it was “concerned about the impunity” with which Taliban members appear to have carried out human rights violations. A sweeping crackdown on critics, targeting media, protesters and civil society activists has exacerbated the problem.

“The human rights situation has been compounded by the measures taken by the de facto authorities to stifle debate, curb dissent and limit the fundamental rights and freedoms of Afghans,” the report said.

A veteran war reporter in Afghanistan was told she would go to jail if she didn’t tweet an apology for her reporting. She has since safely left the country.

The Taliban forced a longtime war correspondent to publicly retract some of her articles this week, telling her that she would go to jail if she did not, she said, in the latest crackdown on press freedom in Afghanistan.

The reporter, Lynne O’Donnell, an Australian who writes for Foreign Policy and other publications, explained her circumstances on Wednesday, after she had safely left Afghanistan.

“They dictated. I tweeted,” she wrote on Twitter. “They didn’t like it. Deleted, edited, re-tweeted. Made video of me saying I wasn’t coerced. Re-did that too.”

In an article on Wednesday in Foreign Policy, Ms. O’Donnell wrote that Taliban intelligence agents had “detained, abused and threatened me.”

Taliban officials denied Ms. O’Donnell’s narrative of events, claiming that she appeared to continue to report in the country after being denied press credentials this week.

A United Nations report released Wednesday found that in the 10 months since the Taliban took control of Afghanistan, 173 journalists and media workers were subject to human rights violations, including arrests, torture and threats. Six journalists were killed in that period, five of them by ISIS militants, and the other from unclear circumstances.

“What the Taliban leadership says is not in line with how the lower-level Taliban act toward the media, so the situation is getting worse, with a lot of censorship,” said Susanna Inkinen, an Afghanistan adviser for International Media Support, a nonprofit.

Eleven months after Afghanistan’s abrupt transition to Taliban rule, the erosion of women’s rights is one of the most notable aspects of the de facto administration to date.

Women and girls have seen their rights to access education, the workplace and participate in public life, restricted. Not allowing girls to go to secondary school means that a generation of girls will not complete their full 12 years of basic education, UNAMA highlighted.

“Education is not only a basic human right, but the key to the development of a nation,” said Markus Potzel, the UN acting Special Representative for Afghanistan.

Transnational terrorist groups Al Qaeda and the self-proclaimed Islamic State are growing in strength in Taliban-ruled Afghanistan and could potentially pose threat for the outside world, a recently launched United Nations report warned.

The 30th report of the Analytical Support and Sanctions Monitoring Team, set up under UNSC Resolutions 1526 and 2253, has taken a look at the activities of Al Qaeda, the militant Islamic State (IS) group and other terrorist groups in Afghanistan and the wider region and concluded that Al Qaeda and IS’s threat remains high in conflict-hit regions and the neighbouring countries though both of these terrorist groups could attempt to strike in non-conflict areas.

Though the report covered the activities of the terrorist groups in different parts of the world, but Afghanistan, which hosts one of IS’s most thriving networks and Al Qaeda, has been of special interest especially in view of Taliban takeover, whose first anniversary will be observed next month.

“The situation in Afghanistan remains complex,” the report noted, adding that terrorist groups based in Afghanistan view Taliban’s military success as a “motivating factor” for propaganda in neighbouring countries and other parts of the world.

UN warns of the collapse of Lebanon