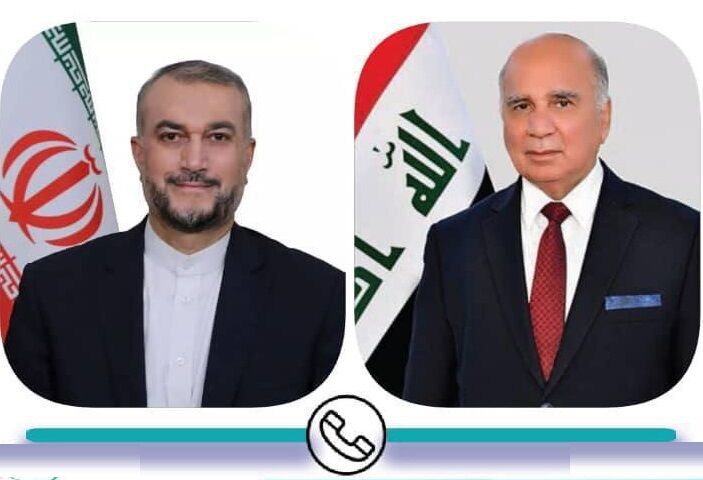 Hossein Amirabdollahian praised the efforts of the Iraqi Foreign Minister to help perform the recent Hajj rituals of Iranian pilgrims.

The Iranian Foreign Minister also called on the fate of Iranian citizen detained during the Hajj in Saudi Arabia and called for transferring the message to release him.

“Unfortunately, Dasht-e Azadegan County in Khuzestan Province in Iran is being affected by the smoke caused by the fire in the reeds in southern Iraq,” Iranian Foreign Minister said, noting the fires in southern Iraq is due to the extreme heat and drought in the region.

He added that the Islamic Republic of Iran is ready to help to the immediate control and extinguish of the fire.

Iraqi Foreign Minister Fuad Hussein, for his part, expressed the readiness and agreement of the Iraqi government for joint action in the two countries in controlling the fire of reeds in the Iraqi lands in terms of coordination of the border guards.

Shia answers: What is the meaning of Tawassul to Ahlul-Bayt (AS)?

Iraq’s FM: More than 22700 Turkish violations against sovereignty of Iraq since 2018