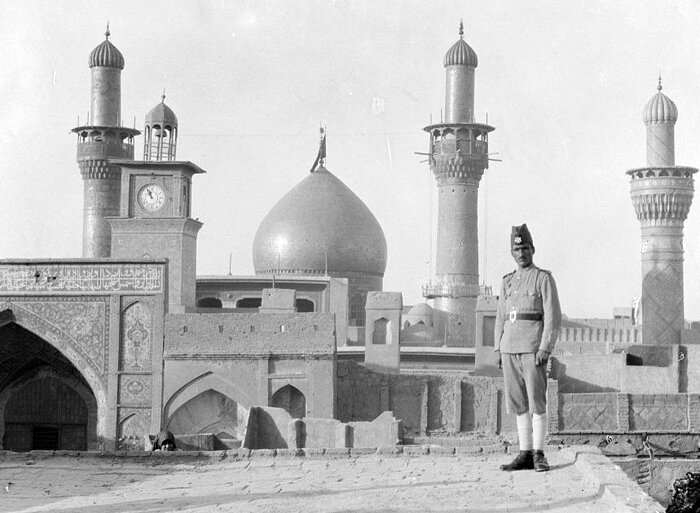 SHAFAQNA- “Ernst Emil Herzfeld” and “Eric Matson” are orientalists who recorded most of historical photos of shrines and pilgrims through their cameras. These photos are now visual documents of studies by religious scholars and anthropologists.

Shrines of Imam Ali (AS), Imam Hussein (A.S) and other holy shrines in Iraq have gradually attracted the attention of all Muslims through construction of large buildings for their graves in the third and fourth centuries of the Hijra. At that time, Baghdad and Kufa were two important paths for the Hajj and several caravans passed through Iraq on their way from the east of Islamic states like Iran, Khorasan and Central Asia. Sometimes, they visited the shrines of Imam Ali (AS) and Imam Hussain (AS).

The present pictorial research with maximum historical evidences including written texts and resources (for instance, Hajj guidelines and itinerary) and ancient pictorial documents (for instance, hajj documents and pilgrimage inscriptions of Shias) seeks to show that visiting of holy shrines has gradually been brought to mind. Some Muslims of Islamic states and many hajj caravans that passed through Iraq visited the shrines of Shia Islam in Iraq especially the rites of Imam Ali (AS) and Imam Hussain (AS) as a part of spiritual rites of the Hajj.

Eric Matson, the American orientalist, has took photos from a valuable collection of the holy places in Karbala and Najaf during his trip to Iraq which are still interesting even after 80 years. Eric Matson, the American orientalist and photographer, who spent several years to study and investigate about the history of Islam in Iraq, Levant and Palestine travelled to Karbala in 1932 to take photos from what he called the second holy city of Shias. 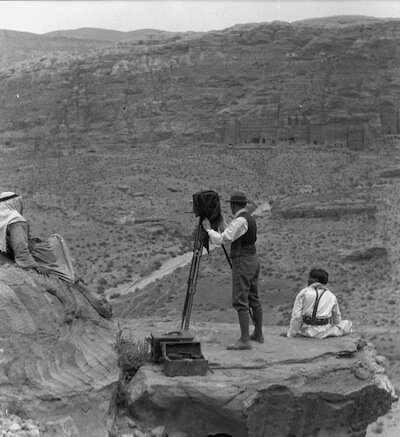 His photos of Karbala included several photos of deserts surrounding the city and views of the shrine of Imam Hussain (AS) and alleys and streets of Karbala. Later on, Matson’s collection of photos of the holy cities and historical and ancient monuments of Iraq, Saudi Arabia, Palestine, and Syria was collected in a photo agency with his own name “Matson”. Now it is regarded as one of the major sources of the contemporary history of Arab countries.

Ernst Emil Herzfeld, too, began investigations in cities in Iraq like Najaf, Kadhimiya, and Karbala between the years 1911-1913 and he had taken these photos during the period when he went to Iraq for archaeological investigations about Mesopotamia civilizations. 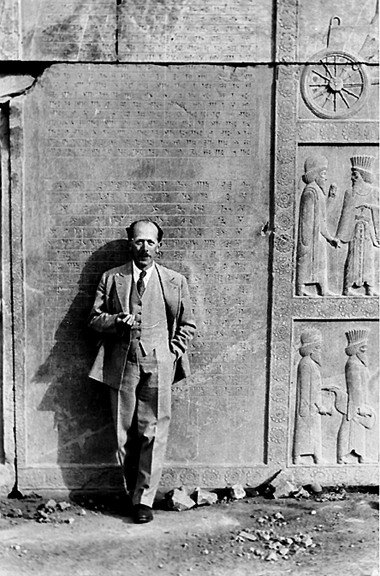 Historical photos of Karbala are a document of history and are highly important but photos of Karbala are not more than a few hundred years old and this has reduced the importance of this issue a little. The photos in this report are related to the most ancient remaining photos of Seyyed Al-Shohada’s (AS) Shrine in Karbala, Imam Hassan Al-Askari’s (AS) in Samarra and Imam Musa Al-Kadhim’s (AS) and Imam Muhammad Al-Jawad’s (AS) in Kadhimiya.

Video: University Scholar on the impact of Karbala & Imam Hussain (AS)

IRNA: Iran may accept EU’s proposal to revive nuclear deal if its demands are fulfilled