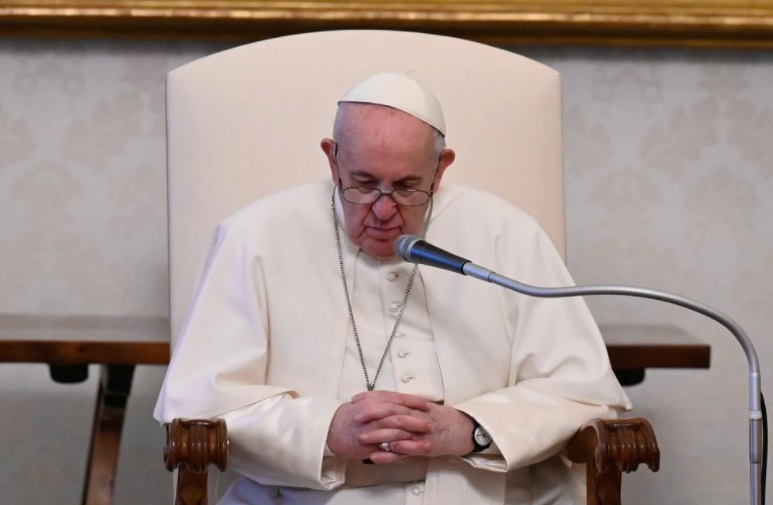 SHAFAQNA- Pope Francis prayed for peace for the war victims of Ukraine conflict. At the conclusion of the General Audience, Pope Francis renewed his invitation to everyone to pray for peace from the Lord for “the beloved Ukrainian people who have been suffering the horrors of war for six months now.”

The Pope also recalled all war prisoners, saying they are close to his heart, especially those in precarious condition, asking that the authorities work for their release.

The Pope went on to stress how many innocents are suffering so much cruelty, paying for the folly of war, “the madness, the madness on all sides – because war is madness.” The Pope also decried those who profit from the weapons trade as offenders who kill humanity. Pope Francis also called on the world to remember war victims in Syria, Yemen and Myanmar.

Arabi21: Map of Ukraine after annexation of 4 regions to Russia

Photos: Banner of Imam Hussain (AS) in Vatican

Vatican: Pope Francis to travel to Bahrain in November