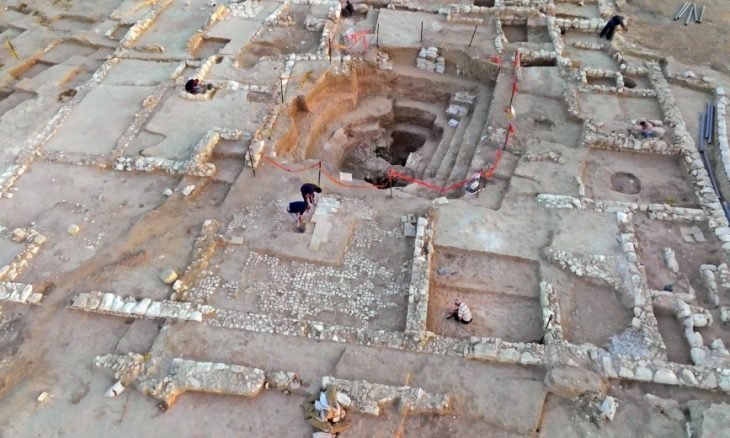 SHAFAQNA- The Israel Antiquities Authority announced the discovery of a “1200 year-old luxurious rural property” related to the early Islamic period in Negev region in Palestine.

This department has stated in its statement that there is a special dome complex over a water tank (3 m deep) in the courtyard of this building that dates back to the 8th and 9th centuries. The building was constructed around this central courtyard and has sections and rooms for its residents.

In one of the sections, there was a hall that was paved with marble and stone and its walls were decorated with murals on wet plaster. Some parts of the murals were painted with red, yellow, blue and black colors elegantly. Other rooms have plaster floors and very large ovens were discovered in some other rooms which were probably used for cooking. Previously, the Israel Antiquities Authority announced the discovery of two Mosques in the same region, one in 2019 and the other in June this year.

Forty historical photos of Karbala and Najaf by orientalists

IUMS Secretary General: Engaging in anything that prevents us from Palestine is definitely prohibited

HRW: Israel’s siege of Gaza part of its apartheid