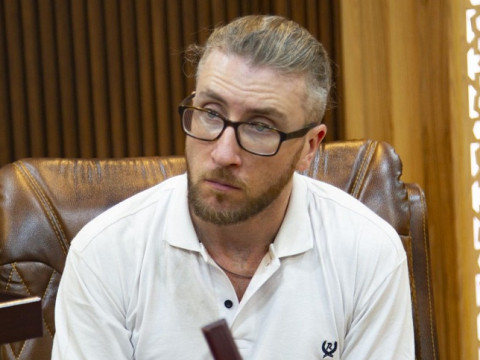 SHAFAQNA- “Sam Campbell” is an American Researcher who went to Karbala to research about the Arbaeen pilgrimage. He arrived in this city on Sunday (04 Sep 2022).

He added: “I have extensive research on global warming and how to deal with the challenges of hot weather, and I realized that Astan Quds Hussaini in Iraq plays an active role in dealing with climate challenges, so that it has some projects to fight against desertification on the agenda, where several agricultural projects were implemented to combat desertification and reduce desert areas.”

Praising the activities of Astan Quds Hussaini to deal with desertification and climate change, this American researcher said: “It seems that the religious institution is the most informative institution because I have seen continuous and effective efforts from this religious institution over many years. The work done by this Astan regarding agriculture is a good step to get rid of the disasters related to desertification and fight against climate change.”

IHW’s Imam: “We need dialogue between Muslims and Christians”