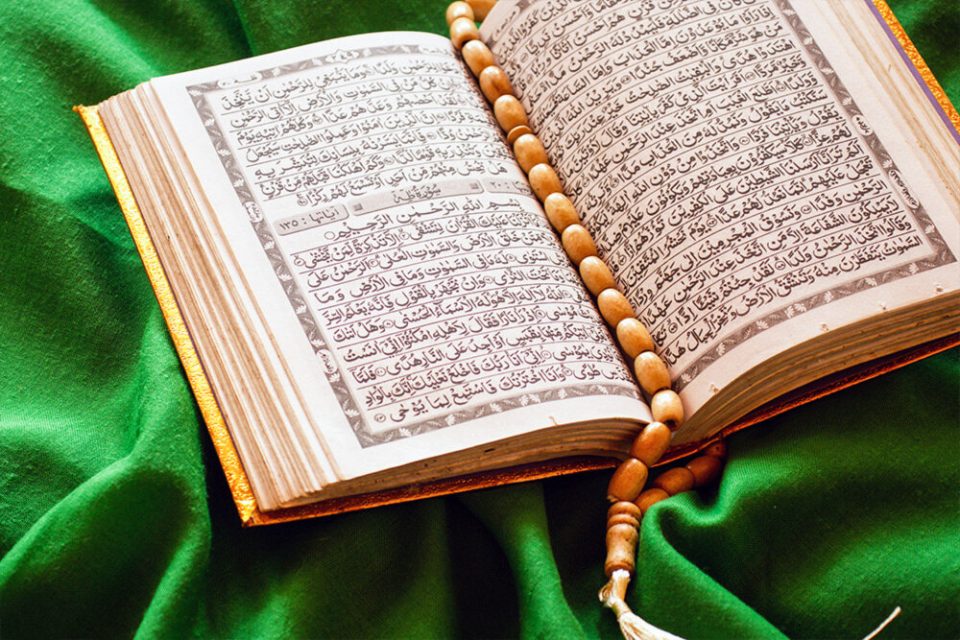 SHAFAQNA– Answering a question:” Is the term “Bridge of Sirat” mentioned in the Quran?”

Although the term the “Bridge of Sirat” has not been used in the Quran, it has been mentioned in Hadiths. For example, Imam Sadiq (AS) has mentioned this term while explaining the word “Mirsad” in verse 14 of Surah Al-Fajr, saying that it is a bridge that extends across Hell.

For further explanation we will note some points regarding the word “Sirat”. “Sirat” literally means way and path and what is meant by the term “Al-Siratul Mustaqim” that is mentioned in some Quranic verses is the right and straight path of guidance in this world that if one follows, will also remain on in the hereafter, and that if he strays from in this world, will stray from in the hereafter likewise.

A hadith narrated from Imam Sadiq (AS) is good proof of this claim: “The Sirat is the path of knowledge and knowing Allah (SWT), which itself consists of two Sirats, one in this world and the other in the next. The Sirat of this world is the [infallible] imam which must be obeyed, and the Sirat of the hereafter is a bridge that extends across Hell. If one passes the Sirat of this world correctly, which means to know who his Imam is and obey him, will easily pass the Sirat in the hereafter, and one who does not know who his/her Imam is in this world, will face difficulties passing the Sirat in the next world and will ultimately fall into Hell.”

Therefore, if the Sirat, which is one of the stops on the day of resurrection, is referred to by terms like the “Bridge of Sirat”, the “Bridge of Hell”, etc., it is to simplify the meaning for people so that they can comprehend easily.

First, we need to know that the word Sirat means path, and when used with the word mustaqim as an adjective it means the straightway and right path.

This term (Al-Siratul Mustaqim) has been used in the Quran as follows:

3- “Those who seek the protection of God will certainly be guided to the right path”.[3]

4- “And [O’ Messenger!] this is the Straight Path of your Creator and Nurturer; indeed, We have made clear the Words of Revelation for those who accept Admonition.” [4]

As you can see what is meant by the Siratul Mustaqim in all the above-mentioned verses is the right and correct path in this world that if one follows here, will do so in the hereafter; in other words, he will see the result of his good deeds and following the right path.

Obviously, what is meant by the Siratul Mustaqim (the right path) is to put all divine rules of Islam which are suggesting the best lifestyle for mankind, to practice and acting according to them is like moving in a right path that guides one to his ultimate destination.

This is why the Imams are referred to by the term “the straight path” in many hadiths. [5]

Regarding verse 14 of surah Al-Fajr “ان ربک لبالمرصاد”[7] he says: “Mirsad is a bridge on the path that passes Hell, and those who have oppressed others and have not compensated for their acts will not pass this bridge”.[8]

Of course, Imam Sadiq (AS) is only expressing one of the instances of Mirsad (lurking/ambush place), because Allah’s (SWT) “ambush places” aren’t limited to the famous Mirsad on the day of judgment, and He also has many “ambush places” in this world as well…” [9]

Therefore, the Bridge of Sirat is a fact that has been mentioned both in the Quran [10] and has been described in hadiths and traditions.

Imam Sadiq (as) says: “There is a bridge that goes over Hell that is thinner than a hair and is sharper than a sword”. [11]

The prophet (PBUH) has been narrated saying: “Those who love my household (Ahlul-Bayt (AS)) more will be the ones who will stand firm on the Sirat [without swaying left and right]”.[12]

The important point is that the “Bridge of Sirat” is one of the stops on the day of resurrection which is referred to by terms like “Bridge”, “Sirat”, the “Bridge of Sirat”, the “Bridge of Hell”, etc., and in order to make it comprehendible for people it is referred to by the term “Bridge”, so it is not like other bridges in this world with columns in which people, animals and vehicles transport on. What is meant by “Bridge” and “Sirat” in the Quran and hadiths is a path, way, manner, method.  In other words, people should understand that the path and way that will bring them everlasting salvation and prosperity is a specific path with certain features, which is the divine religion of Islam (the true Islam, not any Islam) and only following this very path will bring them prosperity and success. At the same time, remaining unaware of the features of this path (true Islam) will lead one astray and end in his misguidance.

Therefore the precise interpretation of the “Bridge of Sirat” that has been described in hadiths as a path sharper than a sword and thinner than a hair is that it is a very precise path whose starting point is in this world and extends to the next, therefore if one is wants to pass the “Sirat” and the “Bridge” easily he should be careful from right now and this world and make sure to be on it from right now.

[10] “There is none of you but will come to it: [a matter that is a] decided certainty with your Lord.

Then We will deliver those who are God wary, and leave the wrongdoers in it, fallen on their knees.” This verse can be considered pointing to the “Bridge of Sirat”. For further information, see: Tafsir Nemouneh, vol. 13, pp. 117-121.

Q&A: Why does God not heal the disease of hypocrites?

Q&A: Why does God not heal the disease of hypocrites?