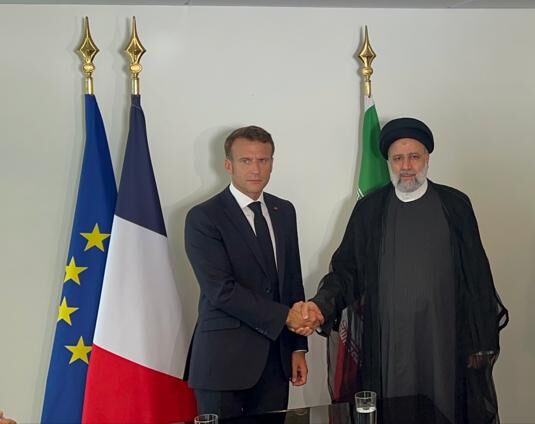 SHAFAQNA- Iranian President Ebrahim Raisi has held face-to-face talks with his French counterpart Emmanuel Macron on the side-lines the 77th session of the UN General Assembly.

Although Macron had already underlined that ball is in Iran’s court and an agreement is “useful” even if it does not solve all issues, French Foreign Minister Catherine Colonna repeated the claim last night that Iran procrastinate agreement in Vienna.

Meanwhile, Iran says that an effective and sustainable agreement on removal of the sanctions will achieve when economic interests of the Iranian nation are fulfilled.

In a related development, Iranian Foreign Minister Hossein Amirabdollahian has said that Tehran has over and over presented due determination and goodwill to reach final step to a good agreement; and the only obstacle to this end is that the US does not follow realism and not have necessary will.

Video: The Mawkeb of Imam Hussain’s (AS) Shrine; At Your Service