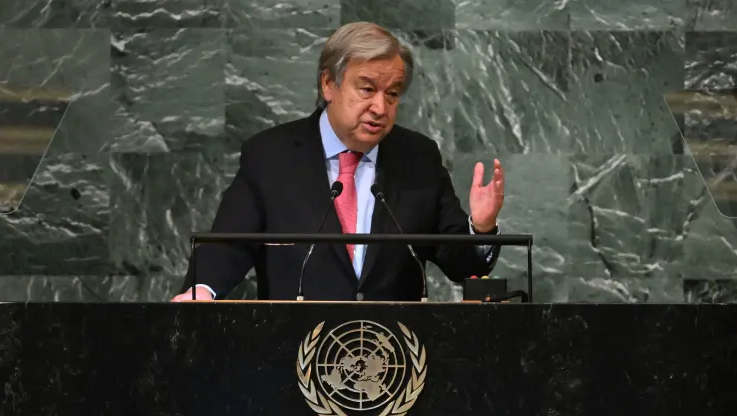 SHAFAQNA-The United Nations annual summit returned in person for the first time in three years on Tuesday (20 Sep 2022), with UN chief Antonio Guterres gave a somber assessment of global affairs in an opening address of the annual high-level gathering in New York City.

“Our world is in peril and paralyzed,” Guterres told world leaders attending the 77th session of the UN General Assembly. “We cannot go on like this.” The remarks come as Europe grapples with its first major military conflict since World War II, a revelation that has uncovered fissures among major powers on how to deter Russia, support Ukraine and mitigate the consequences of war.

Russia’s war in Ukraine, which has lasted more than 200 days, has exacerbated a global food crisis already strained by climate challenges and disrupted supply chains. The conflict has taken the lives of more than 6,000 civilians and has reduced once industrious Ukrainian cities to rubble.

Video: The Mawkeb of Imam Hussain’s (AS) Shrine; At Your Service