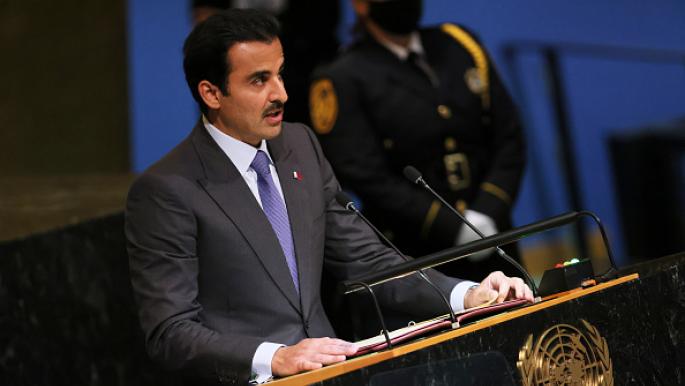 SHAFAQNA- In his speech at the 77th General Assembly of the United Nations, “Tamim bin Hamad Al-Thani”, the Emir of Qatar, emphasized the need to reach a fair agreement on Iran’s nuclear program.

He said about the Palestinian issue: “In the shadow of the non-implementation of international resolutions and the continuous change of the realities, the Palestinian issue is still without a solution. The United Nations must fulfill its responsibility in requiring Israel to end the occupation of Palestinian lands and establish an independent Palestinian state within the 1967 borders with East Jerusalem as its capital.”

The Emir of Qatar further emphasized Doha’s belief in the necessity of reaching a fair agreement on Iran’s nuclear program and taking into consideration the concerns of all parties and ensuring that the region is free of nuclear weapons and said: “The use of nuclear energy for peaceful purposes is the right of the Iranian people.”

Al-Thani said about Afghanistan: “The achievements of the Doha agreement should be preserved, this country should not become a refuge for individuals, terrorist and extremist groups, so that the people of Afghanistan can enjoy the stability and prosperity that they have been waiting for a long time.”

He stated: “We have repeatedly emphasized the need to support civilians in Afghanistan, respect human rights and citizens, including women’s rights and girls’ rights in education, and the isolation of Afghanistan can have opposite results.”