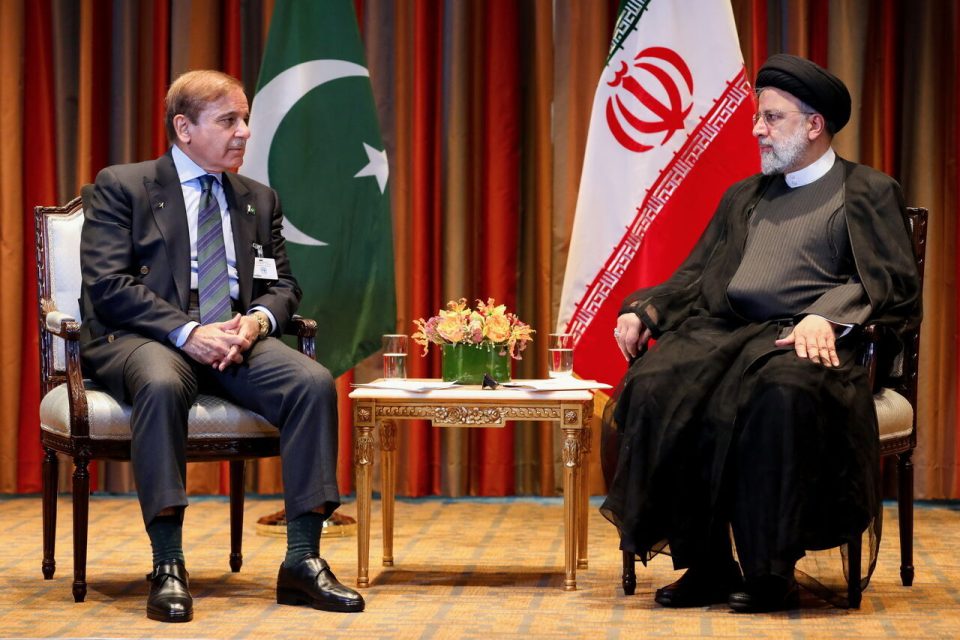 SHAFAQNA- Iran’s President in a meeting with Pakistan’s prime minister on the side-lines the 77th session of the UN’s General Assembly said that Iran’s relations with Pakistan are based on cultural commonalties which are thousands of years old.

Ebrahin Raisi in his meeting with Shehbaz Sharif, the prime minter of Pakistan at the hotel of residence of the Iranian president and on the side-lines of the UN General Assembly, said, “Iran sees no limits for expansion of cooperation with Pakistan in economic, business, energy, transportations and cultural fields.”

President Ebrahim Raisi once again condoled with the Pakistani nation on the devastating flood that inflicted huge loss of lives and material damages, ensuring the Pakistani prime minister that the Islamic Republic of Iran will do all it can to assist the flood-stricken Pakistani brethren.

President Raisi said he had met his Pakistani counterpart five days ago in Samarkand, on the side-lines of the Shanghai Cooperation Organization (SCO) meeting, reiterating, “Increased meetings and consultations of the two countries’ officials have constructive effect on improvement of comprehensive mutual cooperation.”

Shehbaz Sharif: Pakistan unable to stand on its own without international community’s help