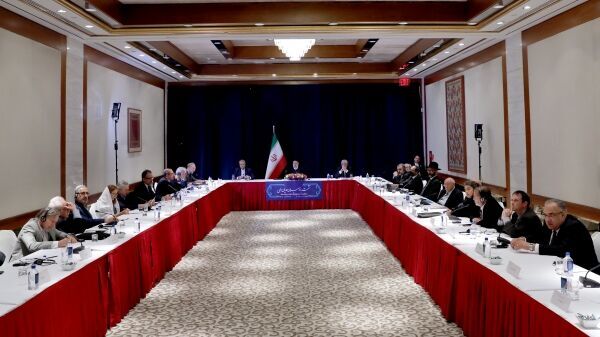 SHAFAQNA- Iran’s President said that the conflict between divine religions is the cause of the erosion of religions and the spread of atheism in societies, and noted, “Instead of conflict and elimination, we should propose and establish an intellectual dialogue between religions so that the opinions of the followers of different religions can become closer to each other.”

Speaking in a meeting with leaders of faiths in New York on Tuesday (20 Sep 2022), Ebrahim Raisi said that Iran is ready to host the Congress of Leaders of World and Traditional Religions.

Stating that all believers in divine religions agree on the point that a society without God and belief in the origin and resurrection creates destruction for mankind, not growth and prosperity, he added: “Humanity faces two bloody and catastrophic world wars and 70 years of oppression of Palestine as a part of the examples of excluding God from the field of society administration, so it is necessary to consider the belief in God alongside all decision-making.”

Video: First Glimpse of Karbala; At Your Service