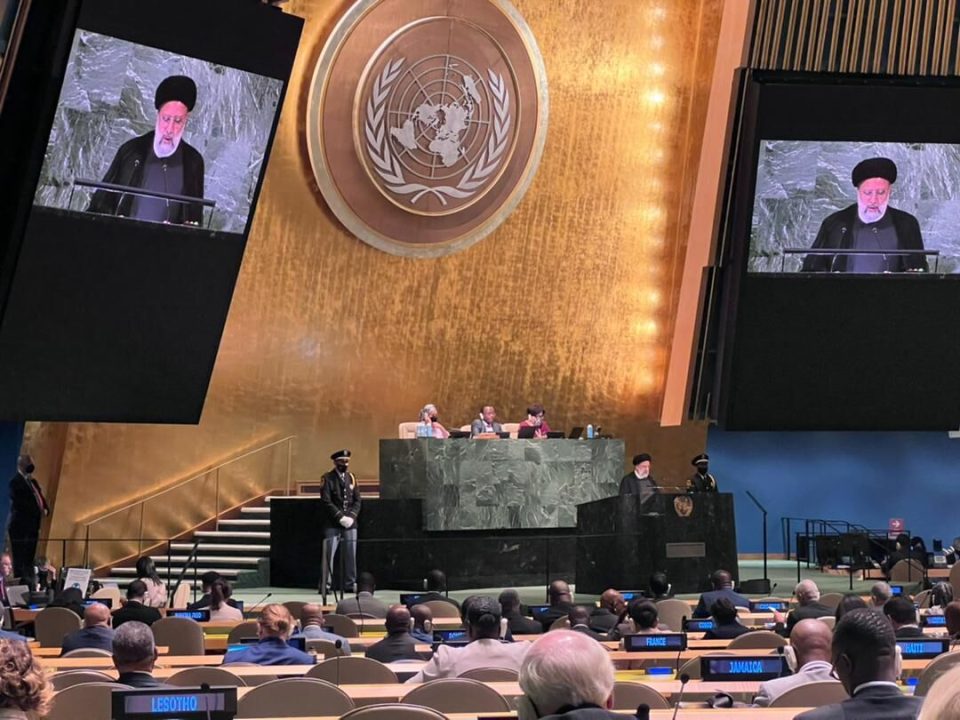 SHAFAQNA- Iran’s President in his speech at the 77th session of the UN’s General Assembly in New York said that Iran regards double standard policies exercised by some states in the world as the source of violation of human rights.

Iran regards double standard policies exercised by some states in the world as the source of violation of human rights, Ebrahim Raisi underlined. The president said that Iran supports “the globalization of justice”, as justice brings about unity while oppression creates war.

Practice of justice is difficult and that is why many of the so-called advocates of justice flee from the practice of justice, he said. The president said that he is proud to represent a nation that inherits a big civilization and has fought against the arrest of other nations throughout the history.

The president is heading a high-ranking delegation comprising of Foreign Minister Hossein Amirabdollahian and his Deputy for Political Affairs Ali Bagheri Kani – who is also the top Iranian nuclear negotiator – among others.

When departing from the Iranian capital Tehran, Raisi said that his trip to New York provides him with the opportunity to state the Islamic Republic’s views and measures which sometimes remain unnoticed due to media outlets being controlled by big powers of the world. He said such opportunities should be used to expose the cruelty made against the Iranian nation, as well as the oppressed countries in the globe.