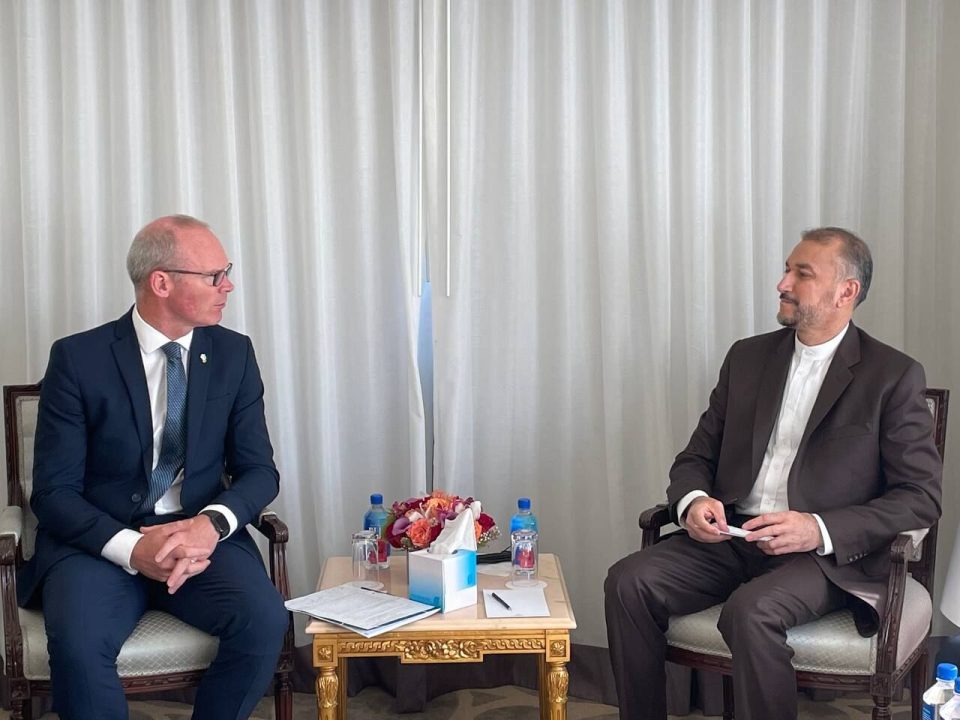 SHAFAQNA- Iranian Foreign Minister said that Tehran ready for achieving a good agreement. Hossein Amirabdollahian made the remarks in a meeting held in New York on the side-lines of the 77th session of the UN’s General Assembly with his Irish counterpart Simon Coveney.

The two Foreign Ministers held talks on the latest developments in the world and in bilateral relations, and also reviewed ways to widen cooperation in political and economic fields.

During the talks, Amirabdollahian said Iran is satisfied with the level of contact between the officials of the two countries, stressing that there are considerable capacities for fostering bilateral cooperation. There is no hindrance to upgrading all-out ties between Tehran and Dublin, the Foreign Minister noted.

Turning to the issue of the sanctions, Amirabdollahian said the Islamic Republic is ready for a good and sustainable agreement; meanwhile, reaching such an agreement needs goodwill, a realistic attitude and necessary will from the United States and three other European countries.

Is the term “Bridge of Sirat” mentioned in the Quran?