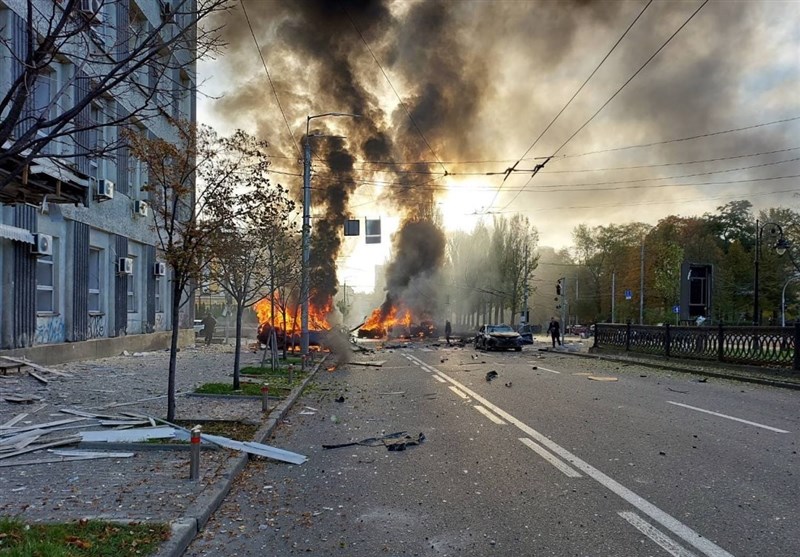 SHAFAQNA FUTURE- “USA is the biggest beneficiary of the war in Ukraine. Biden personally and the United States benefit because Ukraine becomes more dependent on this country. The costs of rebuilding Ukraine are high, and American companies will be present in Ukraine after the war, and the reconstruction of this country will bring huge benefits to the American economy. It is easier to threaten Russia after this. Russia is weakened in such a situation and can fall short in other competitions against US,” an international affairs expert told Shafaqna about the war in Ukraine.

Dr. Mirqasem Momeni, an international affairs expert, said in an interview with Shafaqna Future: “The Ukraine issue did not progress as both sides wanted and did not reach a conclusion, contrary to the predictions of the Russian and Western officials. First of all, on the part of Russia, the war in Ukraine was seen as an attack on Crimea, and they thought that a quick and expensive attack could change the state formation in Ukraine and Russia would establish the desired government there, and as a result, it would achieve political and military goals. This action did not materialize and the war has entered its eighth month and the Russians, contrary to their predictions, have been somewhat defeated.”

He added: “In such a situation, we are witnessing that the Russians stopped their advance after attacking and capturing four regions of Ukraine with failures. Holding elections in this region shows that the Russians want to consolidate their position in this region and enter into negotiations from there. But the regions that Russia has annexed to its territory will never be part of Russia’s territory because it is not easy to change geographical borders anymore. The world does not recognize such an act. If it were, otherwise, powerful countries would easily occupy the other countries with military attacks.

If you remember, during Iraq’s attack on Kuwait, the world did not accept the occupation, and with their cooperation they kicked Iraq out of Kuwait. It is the same today. According to international law and organizations, Russians cannot easily annex parts of Ukraine. The referendum held by Russia is illegal and it was during the war and when the people of Ukraine were expelled from those areas.”

USA is the biggest beneficiary of the war in Ukraine

Emphasizing that no matter how long the war in Ukraine lasts, the Russians will suffer and pay the price, Momeni said: “US is the biggest beneficiary of the war in Ukraine. Biden personally and the US benefit because Ukraine becomes more dependent on this country, the costs of rebuilding Ukraine are high, and American companies will be present in Ukraine after the war, and the American economy will benefit greatly from the reconstruction of this country. It is easier to threaten Russia after this. Russia is weakened in such a situation and can fall short in other competitions against the USA.

For example, regarding Syria or Venezuela, Russia should get along with the Americans. The USA can once again establish its leadership in the world. From this point of view, US benefits from the war in Ukraine, not a soldier was killed and not a shot was fired. The United States tested and used ammunition that was close to its expiration date and weapons that needed testing under the pretext of helping Ukraine, and it will take money for them from Ukraine. On the other hand, new Russian weapons fall into the hands of the Ukrainians.”

The war in Ukraine was started by the United States

The international affairs expert stated: “UAVs, weapons, etc. reach US through Ukraine, and it can research their manufacturing technology. In fact, the profit of this war is taken by the United States, and the loss has been given to the people of Ukraine and Russia. As long as this war is profitable for America, it will continue. The Ukraine war was a plan and an information trap that America used against Russia, and Russia fell into the United States’ trap. I have always said and will say that the war in Ukraine was started by the United States.”

As long as the United States benefits from this war, the war in Ukraine will continue

He continued: “Today, Russia has entered a war with old and worn-out and unsupported weapons, which is being fought with advanced weapons, and there is up-to-date training for the Ukrainians, therefore, in my opinion, as long as the United States is profitable in this war, it is going on. Unless the Russians make proposals that consider the interests of the United States, in such a situation, both Europe, Ukraine, and the Russian people will be sacrificed, and only the United States will benefit.”

I.M.A.M.’s UN representative: “Production and use of any weapon of mass destruction prohibited based on the Quran”

Cancer drugs could be produced from glycoalkaloids found in plants