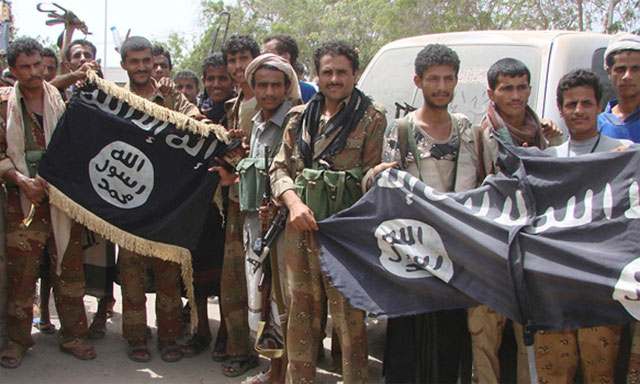 SHAFAQNA – Since the Yemeni southern seaport city of Aden fell to the control of the Saudi-led coalition, under the supervision of the UAE, al-Qaeda militants have managed to encroach themselves further onto the region, de facto turning Aden into their new headquarters – an interesting development in the light of Riyadh’s claims it wants to spearhead a counter-terror effort in Yemen, and topple the Houthis.

In a report Reuters earlier this week writes, “The recapture of Aden by Gulf Arab coalition troops last summer has failed to provide any respite from Yemen’s civil war, with residents facing a wave of bomb and gun attacks that is crippling efforts to stabilize the city.”

Only there was never a civil war in Yemen – just like Syria never witnessed a Revolution. Violence in Yemen has been engineered and played up by infiltrated foreign agents, to serve foreign agendas: namely the overthrow of any real popularly-back government in favour of Wahhabists rule.

Seven months after the Houthis were forced to give up their positions into Aden, al-Qaeda militants and other terror outfits have turned the city into a radical hub. Still Reuters abide by the agreed-propaganda.

It writes: “rebel fighters from the Iranian-allied Houthi militia were driven out of the strategic southern port, there are almost daily assassinations of judges, security officials and police.” Only the Houthis are no rebels … they are the Resistance, and they are certainly NOT working for Iran or receiving help from Iran. Those are the lies Riyadh has spun to legitimize its own military intervention, and occupation.

Yemen is fighting a war of independence, a war of liberation and political emancipation from under the imperial boot of both the West and Saudi Arabia.

Since July 2015, the Gulf coalition and local security forces aka Wahhabist militants dressed as moderates, “have struggled to impose order in Aden” writes Reuters, thus opening the way for Daesh, al Qaeda and other armed groups to operate there with impunity.

Only there was no struggle, only engineered chaos …

Life in Aden has become a struggle  – a painful reminder that foreign occupation rhymes with oppression and repression. A city gripped by insecurity and fear, Aden has become yet another city awaiting for the Black Flag to be risen over its skyline.

Countless witnesses have described tense scenes and gun battles in between rival gangs, and Salafi militias as they clashed against a new budding popular resistance.

Wahhabi militants from al Qaeda in the Arabian Peninsula have mounted operations in southern Yemen, including Aden, for years. Since the Saudi coalition took control of the city, radicals have more or less had a free hand – forever expanded their influence.

While Western capitals continue to assign blame on the Houthis, arguing it is them who have played violence to assert their rule, truths are slowly shaping up as Riyadh’s terror agenda is becoming an only too unbearable reality.

Under siege by Wahhabism, Yemen truly stands to disappear to the Black Flag monster – the world community would do well to understand that Yemen’s fall will prompt a chain reaction across several continents which would have catastrophic reverberations. 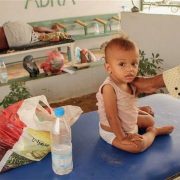 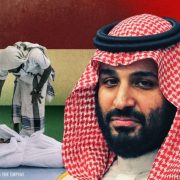