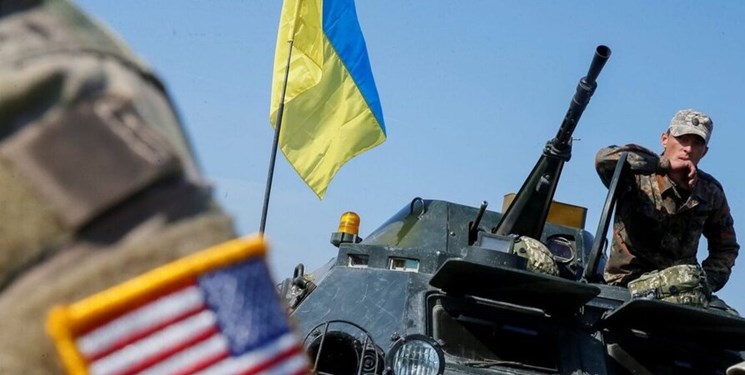 SHAFAQNA FUTURE- An international affairs expert believes that the Ukraine issue is not a crisis limited to this country, but the war in Ukraine is a passage to enter the future world order. Therefore, if the United States succeeds in the proxy war that has taken place in Ukraine today, it will seek to use the same model to support Israel, emphasizing the geography of the Middle East.

Dr. Mehdi Motaharnia, university professor and expert on international issues, in an interview with Shafaqna Future, stated: “The Ukraine issue is not a crisis limited to this country. The crisis in Ukraine is a passage to enter the future world order, and it is considered one of the narrow edges of the silkworm of the new world order emerging from the cocoon of Ukraine, the extent of which continues to the Mediterranean and goes beyond the Caucasus and East and Southeast Asia.”

Motaharnia stated that the defeat of Moscow’s grandeur on the one hand and the creation of a wound between Moscow and the capitals of European countries as the main rival of the United States along with China have always been discussed and continued: “Americans know very well that if the impressive military power of Russia joins the economic power of Germany, the cultural power of France, and the political power of England, it will undoubtedly be very dangerous for them, and therefore an old wound must be created in the Ural Mountains and the issue of Russia becomes a very old issue related to the connection with Europe.

This scenario is an old wound. The second scenario is the wings of the American eagle. In the future world order, the United States as the remaining superpower of the old order, i.e. the Old Regime or the old regime close to the history existing in the bipolar system of the Eastern Bloc and the Western Bloc, were facing each other with the symbols of NATO and Warsaw.”

He continued: “The development of NATO to the East is a strategic matter with a certain doctrine and a certain paradigm. And America, due to its historical necessity, must come to it and have a serious plan for its expansion, therefore, the war in Ukraine is a piece of the puzzle of expanding the American eagle’s wings to the east, which was used according to the benefit of the counter-incident of September 11, 2001, and now, due to the crisis in Ukraine, it has found an operational and executive definition, and the wings of the American eagle once again show its strong desire on Western Europe and then its expansion from Western Europe to the East.”

The United States is seeking to use the proxy war model in support of Israel, emphasizing the geography of the Middle East

Motaharnia clarified: “The third scenario is the international fire scenario. If the Americans come to the conclusion that the model of supporting Ukraine has brought a positive outcome, they will slowly switch the discussion of supporting the Arab NATO against Iran, and the Middle East can be a bad geography. As we saw, during Biden’s trip, an agreement was made with Israel and efforts were made to create a unity of action between the capitals of Arab countries, centered on Vienna and Tehran and this can be effective for measuring China’s irritability, and it can be extended to East Asia as well.”

He added: “If the United States succeeds in the proxy war that has taken place in Ukraine today, it will seek to use the same model to support Israel, emphasizing the geography of the Middle East. Therefore, any move against Israel in the region can be used by the United States.”

Cancer drugs could be produced from glycoalkaloids found in plants

USA: Dozens of lawmakers call on banks to stop discriminatory approaches toward Muslims