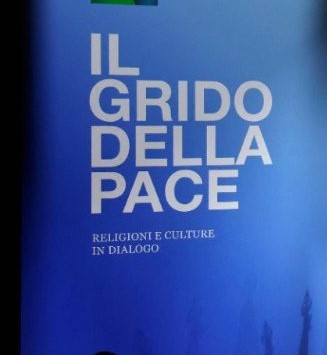 SHAFAQNA- Pope Francis and religious leaders make an adamant appeal for a universal ceasefire. “With firm conviction we say: No more war! Let us stop all conflict. War carries only death and destruction; it is an adventure with no return in which we are all losers. Let the guns be silent; let a universal ceasefire be declared at once.”

This was the appeal of Pope Francis and religious leaders at the closing ceremony of the annual ‘Spirit of Assisi’ prayer for peace held be in the afternoon of 25 October 2022, at the Colosseum.

The three-day peace summit, held under the theme ‘Il Grido della Pace‘ (The Cry for Peace), was hosted by the Community of Sant’Egidio, and has been welcoming presidents, religious leaders, and various high-ranking authorities. Religious leaders from Christianity, Judaism, Islam, Buddhism, Sikhism, and Hinduism, have come together in this appeal for peace. The leaders also called for peace talks and dialogue.

“Let negotiations capable of leading to just solutions for a stable and lasting peace be activated soon before it is too late. Let dialogue be resumed to nullify the threat of nuclear weapons.”

They stressed that believers must work for peace in every possible way, saying it is “our duty” to “help disarm hearts” and to “call for reconciliation among peoples.”

“Unfortunately, even among ourselves we have at times been divided by abusing the holy name of God: we ask forgiveness for this, with humility and shame. Religions are, and must continue to be, a great resource for peace. Peace is holy; war can never be holy!”

If humanity does not end wars, wars will end humanity, the appeal noted, adding that the world is not our possession but belongs likewise to future generations.

Pope: Vatican will do everything possible to put an end to Ukraine conflict

World on ‘precipice’, says Pope as he meets Al-Azhar’s Sheikh in Bahrain