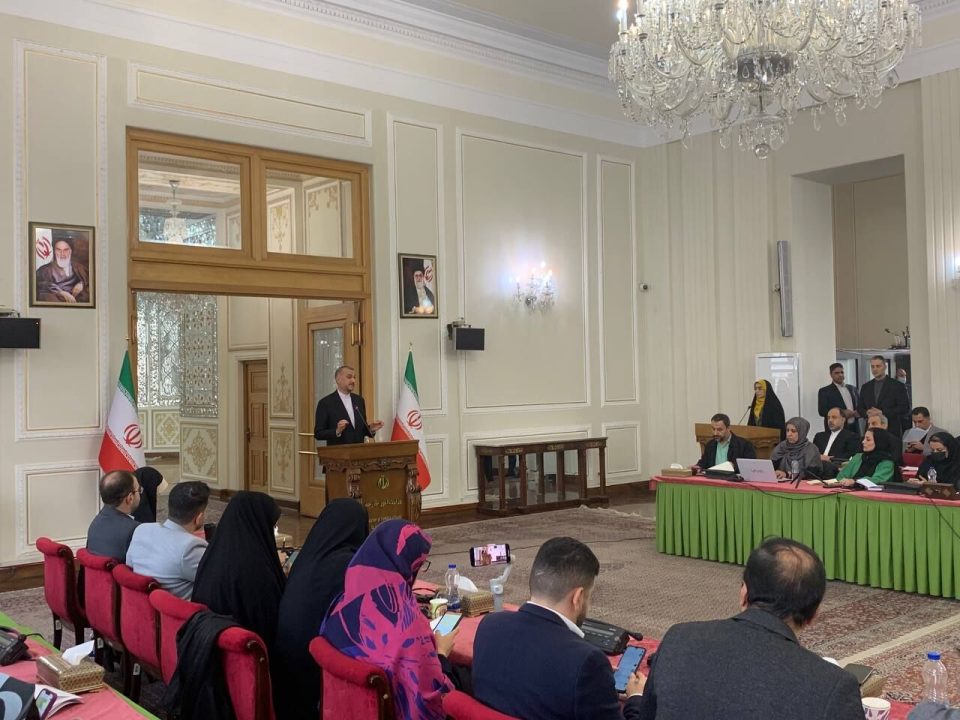 SHAFAQNA- “Iran wants to continue nuclear talks to revive the JCPOA and remove the sanctions to maximize the Iranian nation’s interests with might,” Hossein Amir-Abdollahian, the Iranian Foreign Minister said in his second press conference in Tehran on Wednesday (23 Nov 2022).

At the start of the press conference, Amir Abdollahian said that a foreign conspiracy to instigate a civil war and finally divide Iran has failed.

He said that there are documents for the plot which show that the enemies sought to ignite a civil and terrorist war with the final goal of dividing Iran.

The Foreign Minister said that the western countries fomented riots in the country by deceiving a group of youths while they also armed terrorists in the neighboring Iraqi Kurdistan region.

He said that in talks with the Iraqi side, they promised to secure their borders in the Kurdistan region by the deployment of Iraqi troops at shared borders with Iran but that has not been done yet.

“As long as there is a threat to us from a neighboring country within the framework of international law and the UN Charter, our armed forces will continue their actions to ensure the maximum national security of the country.

He pointed out that riots and newly imposed sanctions were aimed at pressuring Iran to give up its demands at the talks, but the Americans must have now realized that Iran does not cross its red lines. The Foreign Minister said that “we disagree with the American side on three issues” while the three European countries are mediating between Iran and Washington on those issues.