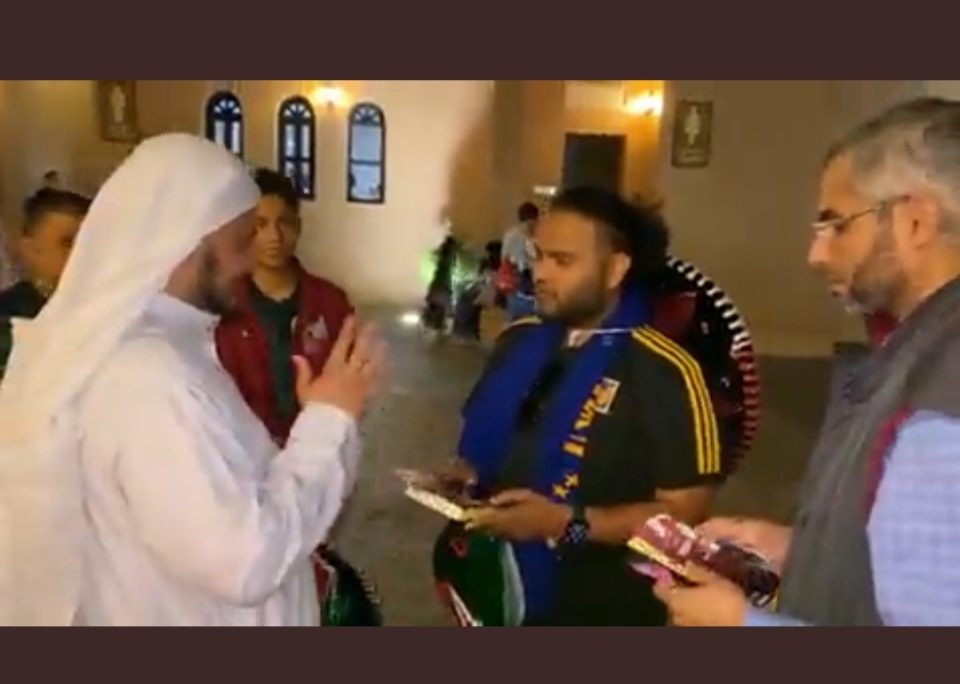 SHAFAQNA- A Mexican fan converted to Islam in a Mosque at Katara cultural village in Doha on the second day of the FIFA World Cup. The Mexican fan was seen pronouncing Shahadah prompted by the preacher Hayyan Al-Yafei, in videos that have been widely shared on social media platform. Al-Yafei posted the video on his Facebook page, talking about the story of the fan’s conversion to Islam.

Al-Yafei wrote: “This man entered the Mosque to learn about the culture of Muslims, then I explained to him about the pillars of faith, and that Islam is the religion of all the prophets. A partner for him, then this man wanted to be on the religion of the prophets and chose to embrace Islam, and I repeated to him, does anyone force you to do that? He confirmed that no one forced him.”