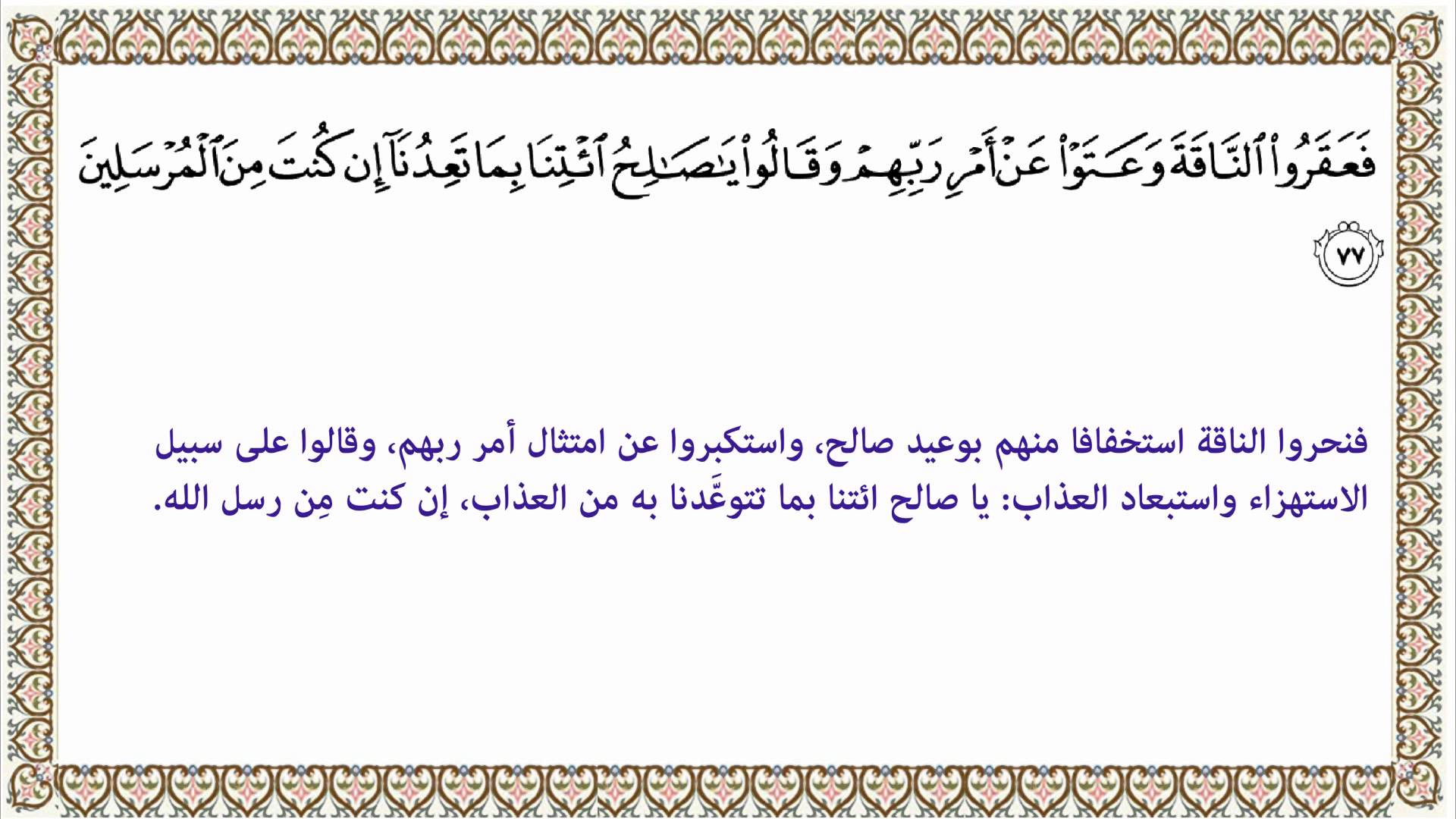 SHAFAQNA- As shown by any dictionary of Qur’anic words, the word amr and its other derivations occur in 248 places in the Qur’an. On surveying all the instances of this word in the Qur’an, one comes to the conclusion that the word amr has been used in the following two basic meanings: firstly, meaning “order” or “command”, as in verse 77 of Surat al‑’A`raf:

“So they hamstrung the she‑camel and revolted against their Lord’s command, and they said: `O Salih, bring on us what you threatened us with; if you are one of the apostles.” (7:77)

The other meaning, which is more general and wider, is “affair” or “matter”, which is applied to relations among things, activities and matters, such as in verse 83 of Surat al‑Nisa‘:

“And when there comes to them news of security or fear, they spread it [without consideration of its being correct or not].” (4:83)

Here the sense of the word “amr” used for “news” is in accor­dance with the second meaning.

In Arabic, the word “amr” in its first sense meaning “command” is pluralized as “awamir”, and in the second sense when it means “affairs” as “umur”. In the verse of Surat al‑ Ar’af, the word “amr” is used in two successive sentences:

In the first sentence, “subservient by His amr” bears the first meaning and there is no doubt about it; but what is the meaning of the word “amr” in the second sentence? A little careful thought to the verse itself makes the meaning clear.

The first part of the verse states that the creation of the heavens and the earth is the work of God. God, after creation, mounted the Throne (`Arsh). What for? Suppose there is a king who after a lot of campaigning and fighting battles carves out a kingdom for himself. Having done this, he mounts the throne.. What would he want to do? Obviously to rule his kingdom, to hold the reins of all the affairs of the state in his lands and to organize them.

God created the world and then mounted the `Arsh to organize the system of the whole universe. The most basic element for maintenance of human life is the order of the universe, which provides for man’s various needs. This order plays a significant role in keeping the tem­perature of the surface of our planet moderate, maintains conditions favourable to life growth in the vegetable and animal worlds, regulates the hours of activity and rest and makes possible, the study of celestial bodies.

But isn’t this system related to the sun, the moon and the stars? Why not? But the sun and the moon and the stars are all subservient to God’s command. As a result, both creation of the world and exercise of command over it relate to God. Nothing comes into existence by itself and nothing happens without His command. Read this verse once again:

“Lo! Your Lord is Allah, who created the heavens and earth in six days, then mounted He the Throne. He covereth the night with the day, which is in haste to follow it, and hath made the sun and the moon and the stars subservient by His amr. His, verily, is all khalq and amr. Blessed is Allah, the Lord of the worlds. “(7:54)

Consider the meaning of the verse in the light of what has been said above. See how closely coherent and well‑knit are the sentences. The Qur’an clearly states that the creation of the universe is exclusively the work ‑of God, and after its creation it is subject to His authority, wisdom and command.

The system of nights and days is in His hands. Neither the sun, nor the moon, nor any of the stars, which are consi­dered by some as the principal agents of order in the universe, has any will or independence of its own. They are all subservient to His command. Not only the sun, the moon and the stars, but all the beings in the universe are subservient to His command‑even the ships on the high seas move by His command, and vegetation grows on ready ground by His will:

“And as for the good land, its vegetation springs forth by the permission of its Lord…”(7:58)

Now, apply the theory of the World of Creation, (the material world, the world where, supposedly, the Divine command of `Be’! does not apply, and nothing comes into existence just by ordering it to be), and the World of Command (the world of abstractions, to which the phrase kun fa‑yakun [`Be!’ and it is] is supposed to apply) to the verse (7:54) under consideration.

You will find that not only this theory is not supported by the verse of the Qur’an, but it also fails to correspond to the subject matter of the verse. It is because khalq and amrhave two different meanings in the verse: “creation”, and “command” or “sovereignty”; but both of them relate to the entire world‑not that one of them relates to the physical world and the other to the world of abstract beings.

As mentioned above, a careful study of the other parts of this verse shall further clarify the meaning. Nonetheless, we may also con­sider other verses of the Qur’an on this topic:

“Your Lord is God, who created the heavens and the earth in six days and then established Himself on the Throne to regulate the affairs [of the world]. There is no intercessor to intercede but with His permission. This is Allah, your Lord, then worship Him. Would you not remember? “(10:3)

“Allah is He who raised the heavens without any pillars that you see. And He then established Himself on the Throne. He made the sun and the moon sub­servient to His command; each one is in motion up to an appointed time: He regulates the affair (steers the course of the universe). He makes clear the signs so that you may be certain of meeting your Lord (on the day of judge­ment]. “(13:2)

Adapted from: “The Theory of ‘Alam al Khalq and ‘Alam al-‘Amr”