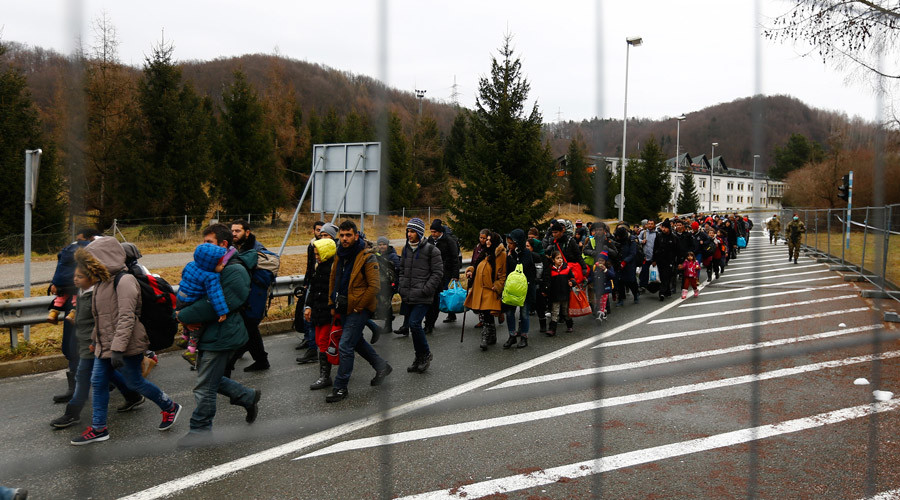 SHAFAQNA – There is a new dog in town and it does not play by any “rules of engagement”, militarily or otherwise. A disposable pawn in a grander game of chess, the EU stands those days at the mercy of a very potent threat: destabilization by mass-migration.

With wars raging across the MENA – Middle East and North Africa – the world has grown accustomed, desensitized almost to the litany of human tragedies: the death, the maiming, the human exodus which Terror’s armies generated through its vengeful blade … In blood and on fire, countries were seen fall to the hands of barbaric militias, the products we were told of regimes’ inability to reform their institutions.

Speaking on Syria, and Saudi Arabia’s desire to see any war efforts focused on the ouster of President Bashar al-Assad, Turki al-Faisal former intelligence chief of the kingdom and current chairman of the King Faisal Center for Research and Islamic Studies told the Brookings Institution in November 2014: “The administration [Washington] is treating the symptoms in Syria, and not the disease, which is Assad.”

I would personally argue that President al-Assad and the office he occupies have absolutely nothing to do with the rise of ISIL in the Levant – THAT phenomenon came to be under the diligent hands of Wahhabist Saudi Arabia, and its culture of Takfir (an ideology which states that all faiths should bow to Wahhabism or face annihilation). If anything the Syrian president has battled tooth and nail to prevent the annexation of his country … but that would be for another article.

I want today to discuss the by-product of war – the mass-migration the likes of ISIL, and its sisters in arms have worked so very hard to manifest, so that their patrons and financers could wield a new weapon of mass-destabilization, co-opting governments to do their bidding.

Please understand that I am referring to migration per se … I am NOT arguing the validity, rights, or legitimacy of war refugees’ plight. My interest here is solely focused on the phenomenon war created, this grand human tragedy which certain powers have weaponized to serve unscrupulous imperialistic ambitions.

Mass-migration it needs to be said has long been exploited by devious entities as part of a new military genre: asymmetrical warfare.

In a powerful essay published in Strategic Insights, Kelly Greenhill defined such a tactic under “Coercive engineered migrations”, noting: “those cross-border population movements that are deliberately created or manipulated in order to induce political, military and/or economic concessions from a target state or states.”

Elaborating on her theory she went on to add: “Coercive engineered migration is often embedded within mass migrations strategically engineered for dispossessive, exportive, or militarized reasons. It is likely, at least in part as a consequence of its embedded and often camouflaged nature, that its prevalence has also been generally under-recognized and its significance, underappreciated. Indeed, it is a phenomenon that for many observers has been hiding in plain sight.”

Of course the covert nature of such a manipulation takes nothing away from the intrinsic reality war refugees are experiencing as they seek refuge, and asylum away from the canons, and the bloodshed. Hiding in the shadow of a very real human tragedy, stand war profiteers and puppeteers.

Ludicrous you say? Impossible you argue? Let us look at Turkey and its President’s warning to Germany of a refugee invasion should Berlin fail to “play” the dutiful ally in the MidEast. Has anyone noticed how quickly the German Chancellor went from a there will be no direct intervention in Syria, to a let’s throw military caution to the wind and commit whatever, for however long it takes, regardless?

Murat Yetkin, a columnist for Hurriyet solved that political disparity in December 2015 when ne noted the convenient timing of Chancellor Merkel’s volte face in Syria. He writes: “The increase in military cooperation within NATO countries against ISIL and the piling up of NATO forces near Turkey’s border with Syria take place in parallel with the recent deal between Ankara and the Brussels over Syrian refugees and the re-activation of Turkey’s EU accession bid.”

Coincidental? I think not! I believe the right word is coercion.

Face with a refugee deluge, the EU is being quite simply co-opted in doing some powers’ bidding. But what powers, and whose bidding?

Here is one theory: the United States of America – the neo-con state by excellence, the ultra-liberal in democratic clothing.

As Washington continues to push for the fragmentation of the Middle East to better rise a supra-national superpower (or so it thinks) would it be that far-fetch to imagine the US would coerce its “allies and partners” into political and military submission? Have we forgotten how systematically, and thoroughly the US spied on EU officials in the name of control?

Andrew Korybko recently made an inspired observation when he pointed to Erdogan’s refugee chess game in Sputnik this February. He writes: “The recently released minutes from a November meeting between Erdogan and the EU prove that the Turkish strongman is manipulating the immigrant flow into Europe for strategic ends.”

“We can open the doors to Greece and Bulgaria anytime and we can put the refugees on buses,” President Erdogan told EU officials last November. Who is playing whom now?

There is no shame in denouncing or unveiling manipulation … the real disgrace would be to stand muzzled as people’s lives are being traded as political commodities, weapons in the hands of power-hungry imperialistic capitalists.

Here is a twist though: while the US might for now sit as chief orchestrator, we ought to remember that money could still unbalance this equilibrium, in which case Saudi Arabia might soon rise as a main stake holder … and then what?

So while Westerners are busy demonizing all foreigners, maybe the real threat lies not with refugees per se, but the games of covert destabilization so-called friendly nations are waging against their governments.

By Catherine Shakdam – This article first appeared in RT

Biography of Ayatollah Khamenei is published in Spanish

For the first time, Saudi Arabia is being attacked by both Sunni and Shia leaders 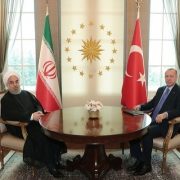 Erdogan, Rouhani meet in Ankara ahead of Syria summit
0 replies