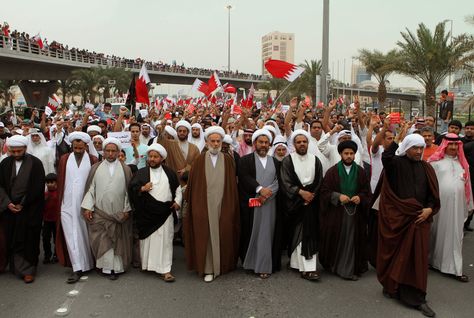 SHAFAQNA – People in Bahrain have taken to the streets to show their growing frustration with the ruling Al Khalifah regime, calling for the release of political prisoners.

Protesters rallied in the village of Sanabis, on the outskirts of the capital Manama, on Monday.

They chanted slogans against the Al Khalifah family and expressed solidarity with political activists detained during anti-regime demonstrations.

Many such protests have been held in Bahrain since mid-February 2011, when pro-democracy protests began to engulf the tiny Persian Gulf kingdom. Bahraini regime forces, backed by Saudi troops, have cracked down on protesters, killing scores of them.

Amnesty International and other rights groups have repeatedly denounced the regime over its human rights abuses against opposition activists and anti-government protesters.

On the fifth anniversary of the uprising, a total of 59 protesters were detained between February 12 and 14, according to the Bahrain Center for Human Rights.

The rights organization said 46 anti-regime demonstrations were staged in 26 areas across Bahrain, and that a large number of others had to be called off due to the heavy-handed crackdown by police. 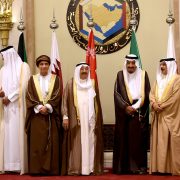 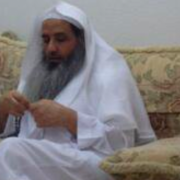