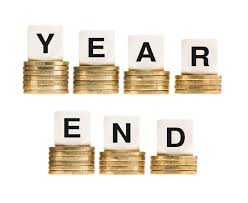 Allah says in His Holy Book: “And know that anything you obtain of war booty – then indeed, for Allah is one fifth of it and for the Messenger and for [his] near relatives and the orphans, the needy, and the [stranded] traveler, if you have believed in Allah and in that which We sent down to Our Servant on the day of criterion – the day when the two armies met. And Allah, over all things, is competent.” (8:41) Thus, it is essential that one, not only keeps track of his financial accounts, but also pay his dues at the end of every financial year for “the orphans, the needy, and the stranded travelers” as mentioned in the verse. After all, Islam is the religion of mercy; as mercy is not only a privilege that God bestows upon His devout believers, but also a quality that Muslims must share among each other.

It follows that one must evaluate his assets by the lapse of year. His Eminence, Sayyed Muhammad Hussein Fadlulla (ra) dotes on the matter in his book, The Manifest Edicts.

His Eminence (ra) explains: [The term “the end/turn of the year” or “the lapse of the year” means the lapse of a full year from the date gains, from the mukallaf work or business, are made. It is very important from a practical angle, so that income and expenditure are accounted for, be they those for one’s provisions or means of production and commercial activity. All this is vital for the actualization of ingredients and requirements of Khums process, especially when it comes to the surplus to one’s requirements, which we be carried out in its discussion on the tax year of matters commercial will be carried out in its appropriate slot.

Despite the fact that, to start with, Khums becomes due as soon as profit is made, it remains to be computed on the amount left over one’s and above one’s expenditure during the year.

For example, if someone knew for a fact that they are not going to use up any amount of the profit once it is made on their provisions, there shall be no need to wait until the end of the year. Accordingly, they should, as a matter or voluntary precaution, hasten to pay Khums on that gain.

Another example could be of a person who, at the start of the year, made a lot of money; he can set aside an amount for his annual provisions, even if it is an estimate. He should therefore pay Khums on the remainder.

The start of the years is a natural occurrence which is beyond the mukallaf’s intention or control. It comes about the moment an earning is made; what he should therefore do is to wait for the anniversary of that date. However, the mukallaf may choose a particular date for his financial year; yet having done that, he must pay Khums on the gains he first made at the chosen date. The same applies in case he decides on yet another date.

However, the mukallaf is free to adopt ant calendar he likes, i.e. the lunar Hirji, the solar Christian Era one, or any other calendar.

Those with regular monthly income, such as salaried employees, do not have to worry about waiting for the next year to cater for every portion of gain. For example, the employee may receive his wages for the twelfth month before the end of the year. Such will count for the earnings of that year, although not a full year would have elapsed on those wages.

The same goes for gifts received before the end of the year and remain untouched till them. He is required to pay Khums on such gifts.

That said, should the mukallaf have several sources of income, he is free to choose a date for a financial year either for each one of these sources or one date for all of them.

The gains of the mukallaf may not be available for him at the end of his financial year. All of them or part thereof is owed to him by others. He has the choice of either paying Khums on such gains now or waiting until it is paid to him in the following year/s. once received, he should hasten to pay Khums on it, counting it as part of the gains of past years, not the year he got his hands on. That is, if the debt is not of the type which has a time span within which it should be paid. If so, i.e. it is paid on the due date or before it, it is obligatory to pay Khums on it when it is retrieved because it is treated as though it is available.