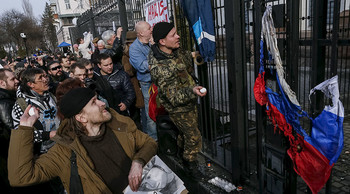 SHAFAQNA – As a series of attacks struck Russian diplomatic missions across Ukraine, the West remained silent.

On Thursday, Russian Foreign Minister Sergei Lavrov accused the US and its allies of “hypocrisy,” for refusing to condemn the violence.

On Wednesday, protesters outside of the Russian embassy in Kiev turned violent, throwing eggs, stones, green dye, and iodine at the main building. This followed dangerous incidents over the weekend, in which demonstrators torched cars and threw flaming objects at the embassy.

Similar instances have occurred at Russian consulates in Odessa and Lvov.

Despite the rising violence, Washington and its allies have not condemned the actions. In an interview with Russian channel RenTV on Thursday, Russian Foreign Minister Sergei Lavrov criticized the silence from the West.

“The actions of those thugs who attacked the embassy and the consulates, bursting into their premises and ripping the flags off, those actions are outrageous,” Lavrov said.

“And to be honest, we see no reaction whatsoever from the so-called international community.”

The Foreign Minister added that Moscow has always been quick to condemn violence against diplomatic missions.

“In our case we see no reaction from our Western colleagues…And hypocrisy and duplicity is there, indeed,” Lavrov said.

The Foreign Minister intends to raise the issue with his international counterparts.

“Those mentors have overwhelming influence over the current establishment in Kiev. I will talk on this topic today with the US Secretary of State [John Kerry] again,” he said. “Relevant messages have been sent, of course, to European capitals.”

During the interview, Lavrov also stressed that he has complete confidence in the safety of Russian diplomats in Ukraine.

“[Embassy staff] are performing in a good and correct way, as befits people who feel their homeland is behind them, their home country, which will not let anyone harm them,” he said.

He addressed concern that diplomats could soon run out of supplies, following Moscow’s order to restrict staff from leaving the embassy grounds.

“There are provisions and supplies. Of course, we have drastically limited [their] access to the city, especially when it does not come to urgent work-related cases,” he said.

“I don’t think we have to worry about our diplomats and their families. We’re actively supporting them and won’t let any wrongdoing happen.” 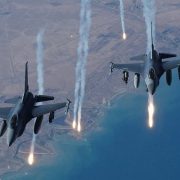 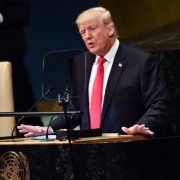 America’s “Humanitarian War” against the World 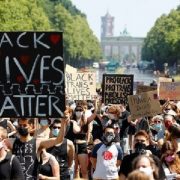 For third time in a row; erasing important protest slogan in America 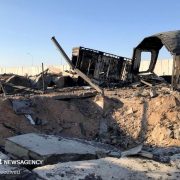