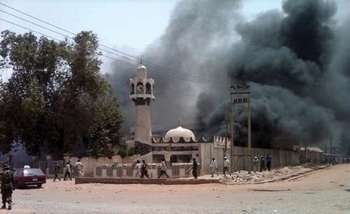 The first bomber struck inside the mosque, while the second blew herself up outside as survivors tried to flee, eye witnesses said.

35 other people were wounded in the attack, the army added.

Maiduguri is the birthplace of terrorist group Boko Haram’s insurgency which has killed 20,000 people since 2009.

“We were just a few metres away from the mosque when a loud bang erupted and all we could see was dark smoke and bodies littered around,” another witness said.

The attack took place a few minutes after worshippers started an early morning prayer, the chief imam of Umarari mosque on the outskirts of the city said.

“My hearing was affected by the blast. I can’t hear well at the moment,” he added.

A statement from Nigeria’s army says all the wounded have been taken to a hospital in a nearby town.

Last year, a regional military offensive helped drive out Boko Haram from most of the areas it had seized in north-eastern Nigeria.

However, the group, which is linked to Daesh aka ISIL, has continued to carry out suicide attacks in northern Nigeria and neighbouring Cameroon more or less unhindered. 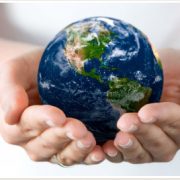