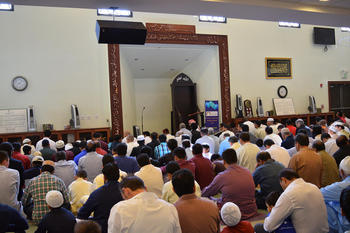 SHAFAQNA – Understanding Islam was on exhibit at the state Capitol complex on Thursday.

The Muslim community of Connecticut handed out literature and encouraged dialogue about what it calls “True Islam” in the concourse area.

After recent terrorist attacks in Brussels in the name of Islam, the Muslims community says they welcome the opportunity to defend their faith, and that true Islam is a religion of peace.

The True Islam campaign has plans for many more events throughout Connecticut.

Muslims are most disliked group in America, says new study

Americans believe Muslims face the most discrimination in the US, new survey says

The Donald does it again - Outrageous comment on Islamic militantism