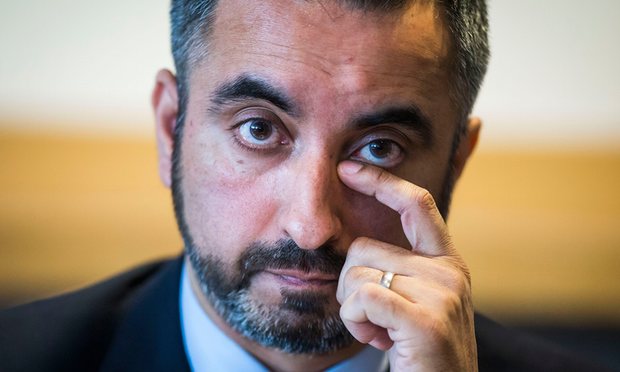 SHAFAQNA – A prominent human rights lawyer has said he received death threats after calling for unity within Scotland’s Muslim community. Aamer Anwar said he was taking the threats from “fanatics” extremely seriously and that police were investigating.

Anwar chaired an event at Glasgow central mosque last week calling for unity and condemning violence and extremism after the killing of the shopkeeper Asad Shah and the terrorist attacks in Brussels and Lahore.

Shah, 40, was found injured outside his convenience store in the Shawlands area of the city on 24 March. His funeral took place on Saturday. Tanveer Ahmed, 32, from Bradford in West Yorkshire, has appeared in court charged with murder.

Following the attack, police described the incident as “religiously prejudiced” and said both men were Muslims.

Anwar said: “Having been a campaigner for human rights for over 25 years, I have grown used to the bile and hatred directed at me, sadly that is par for the course.

“On occasion when I have had my life seriously threatened, I have informed the police but have always chosen to keep it private. On this occasion I could no longer remain silent, because of a small minority who believe they can silence me by creating a climate of fear.”

He said “abuse and hatred” had been whipped up on social media over the last few weeks, and that he had received calls in the middle of the night.

“I hold these people directly responsible for creating an atmosphere which has given some the confidence to make threats to my life,” he said. “With a young family I could be forgiven if I had chosen to shut up and walk away. The pressure from the community, friends and family to protect myself from the fanatics has been enormous.

“It is a terrifying and deeply lonely place to be when you say goodbye to your children and wonder if it is for the last time, but the death of Asad Shah should be a wakeup call to our community that we must not be silenced.

“Our so-called community leaders must do much more. They have avoided tacking hatred to preserve their status and that is deeply shameful and hypocritical.”

Anwar has taken on a number of high-profile cases, including representing the families of the Fife man Sheku Bayoh, who died in police custody, and the murdered Indian waiter Surjit Singh Chhokar.