SHAFAQNA –  A Muslim convert from Thailand in his attending in the Razavi Holy Shrine said, “Being in the Holy Shrine of Imam Reza (A) and hearing the amorous murmuring of pilgrims with this kind Imam is the most beautiful scene I have ever seen in my life.”

Jolaleq who chose the name ‘Jannat’ for himself after converting to Islam, attended in the Razavi Holy Shrine along with a group of Thai Muslims and made use of various programs of Non-Iranian Pilgrims of Astan Quds Razavi that were arranged for them.

“Believing in monotheism in Islam was the one of my principal motivations that inclined me toward Islam and accepting it”, he pointed out.

“Believing in monotheism and recognizing God makes the human heart tranquil and fills the soul with purity. Islam teaches us to be kind to each other and practice beneficence to other people”, the new Muslim asserted.

“I faced many troubles for embracing Islam but this celestial religion is so sweet that tasting it makes the obstacles and problems easily resolved”, he added.

Noting that being in the Holy Shrine is the most splendid event in his life, Jannat remarked, “From the moment I was supposed to travel to Iran and Mashhad I felt very excited.”

Noting that the love and devotion to Imam Reza (A.S.) is flowing within the hearts of all humans, the Thai pilgrim said, “The servants of the Holy Shrine also have inherited the kindness of this kind Imam and have provided such a space that pilgrims can worship and pray in full tranquility.”

“The servants who are responsible for serving the non-Iranian pilgrims do their duty in the best way and provide a memorable pilgrimage and travel for us through their special programs for such pilgrims”, he added.

It is notable that the Holy Shrine tour, English show, lecture series, answer and question sessions with presence of experts, and dedication of cultural products were among the programs prepared for these pilgrims. 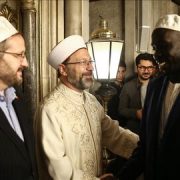 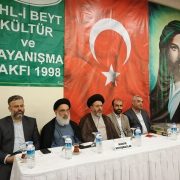 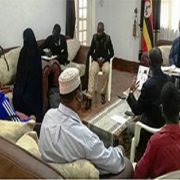