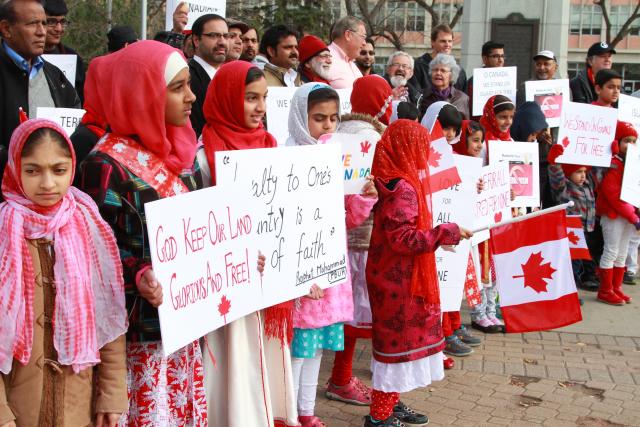 SHAFAQNA – On any given day, Canadians might wake up to a range of news related to Muslims in Canada.

It might be a report about Muslims and non-Muslims working together to welcome some of the 25,000 Syrian refugees who have arrived in recent months. Last year, it might have been a report about the previous government’s efforts to ban niqabs from citizenship ceremonies. Or an item about Maryam Monsef, our new Minister of Democratic Institutions, a Muslim who arrived as a child refugee from Afghanistan.

What are the deeper trends that lie behind the news stories? To answer this question, the Environics Institute undertook its first survey of Canadian Muslims in 2006 (combined with a parallel survey of non-Muslims).

Recently, we undertook a second survey to update our findings. The results, based on telephone interviews with 600 Muslims, aged 18 and older, tell a fascinating story about Muslims and non-Muslims, the perceived realities of each group and how those realities have evolved in this country over the past decade.

Almost six in 10 (58 per cent)of Muslims say their sense of belonging to Canada has increased over the past five years, while 33 per cent say it has remained unchanged and only 5 per cent feel a weakened sense of belonging. Part of the explanation for this might lie in recent election results; nine in 10 Muslims say they are optimistic that the new federal government will improve relations between Muslims and other Canadians.

Muslims, nearly seven in 10 of whom are immigrants, are happy to be in Canada. They express even greater pride in the country than do other Canadians and a larger portion than 10 years ago report that they are very proud (83 per cent, up from 73 per cent). The sources of their pride in Canada are the same as those we find among other Canadians: freedom and democracy, followed by multiculturalism and diversity, then peace and stability.

Eighty-four per cent of Muslims believe they are treated better in Canada than their coreligionists are in other Western countries, a number that has increased since 2006. This sentiment prevails despite the fact that 35 per cent say they have experienced discrimination in Canada in the past five years, most commonly in the workplace and public places.

As for radicalization, Muslims believe there is very little to no support in their communities for violent extremists who claim to represent Islam and 88 per cent say it is important for Canadian Muslim communities to work actively with government to address radicalization.

Over the past century, Canadian society became more secular and children became less religious than their parents. We assumed this would be true for the Muslim community as well, but this does not appear to be the case.

Our survey found that young Muslims are often more religious than their immigrant parents. For many, their religious identity is becoming more important to them – not less. At the same time, Canadian-born Muslims are now among the most likely to believe their community wants both integration and to remain distinct, suggesting the development of a unique “Canadian Muslim identity.” More than 90 per cent of young Muslims believe that “other cultures have a lot to teach us; contact is enriching.” Canada promises freedom of religion and young Muslims appear ready to take up this constitutional offer.

Interestingly, while religious practice and identity remain salient, other values change. A big one is patriarchy. In Muslim households, as in most other Canadian families, gender roles are becoming more equal. In our 2006 survey, 70 per cent of Muslims strongly agreed “that taking care of home and kids is as much a man’s job as a woman’s.” In 2016, that number is up to 76 per cent. Among those born in Canada, more than eight in 10 reject the notion that the “father in the family must be the master in his own house,” signalling value convergence over time between many in the younger Muslim community and the broader Canadian society.

Modernization and secularization evolve in different ways in different countries as majorities and minorities interact; groups can fight each other, or they can accommodate. Canada has the aspirational ideology of multiculturalism, as well as the policy framework that goes by the same name. Neither inoculates against discrimination or injustice, but if we look at public attitudes, citizenship acquisition among immigrants and minority representation in our legislatures, it seems that ours may be the worst system in the world, except for all the others.

Muslims report positive feelings toward Canada and non-Muslim Canadians are more likely to have positive impressions of Islam than negative ones. As well, the more Canadians report encountering Muslims in daily life, the more positive their impressions: familiarity breeds good feeling, not contempt.

These findings may explain why we see so little conflict between Muslims and other Canadians; when such conflict does erupt (as when a hijab-wearing woman in Toronto was harassed last fall), public figures are unanimous in their condemnation. The data may also help to explain why Canadians, in sharp contrast to Americans, have been so supportive of accepting Syrian refugees by our government and through private sponsorships.

These numbers are the big picture against which the news of the day unfolds. They offer an empirical grounding against which individual incidents – stories of harmony or harassment – can be judged as typical or unusual and they serve as a useful corrective to inflammatory anecdotes and stereotypes.

Whatever the headlines of the day, the deeper story is that Muslims are proud to be Canadian and they appreciate the same things about Canada that other Canadians do.

By Michael Adams – founder and president of the Environics Institute for Survey Research. and Kathy Bullock – director of research at the Tessellate Institute.

The Roar of A Lion: Spoken word poetry celebrating the birthday of Imam Ali [as] EVENT

India: BJP trying to provoke Muslims to create opportunity for their “genocide” according to PDP Chief

Halal Expo Canada will take place in Toronto this week