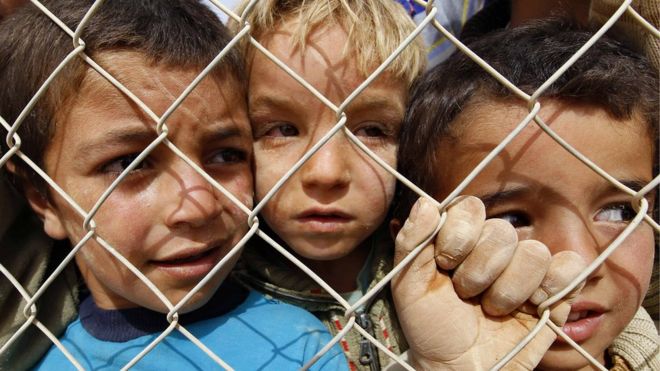 SHAFAQNA – Britain’s Prime Minister David Cameron has said his government will not stand in the way of an amendment by a Labour peer that paves the way for the UK to provide homes to unaccompanied refugee children who have already arrived in Europe.

The prime minister’s climbdown came in the face of a growing rebellion among Conservative MPs who were preparing to back the call by Lord Dubs, who was himself a refugee who came to Britain as part of the Kindertransport.

Cameron paid tribute to Dubs, whose original call was for the government to take 3,000 unaccompanied children from camps within Europe. The peer resubmitted the amendment without the figure included, after his first attempt was voted down by Conservative MPs.

“No country has done more than Britain to help when it comes to Syrian refugees,” Cameron told MPs. While many will disagree there, PM Cameron could not justify closing the borders to defenseless children, whose predicament was mostly brought about by Britain’s propensity to bomb away the Middle East. But then again he kind of did …

But then he said that he was willing to speed up taking child migrants with family links in the UK, and do more for children who arrived in the UK ahead of a deal between the EU and Turkey.

“It won’t be necessary to send the Dubs amendment back … the amendment doesn’t mention a number of people. We are going to go round the local authorities to see what we can do,” said Cameron.

But he insisted that he wanted the UK to stick to the principle that the priority was to take children from camps in the region from which they were fleeing. He said that “housing them, clothing them, feeding them” was today’s equivalent of the Kindertransport, and not taking children from European countries that ought to already to be a safe haven.

Who will be UK's next PM?