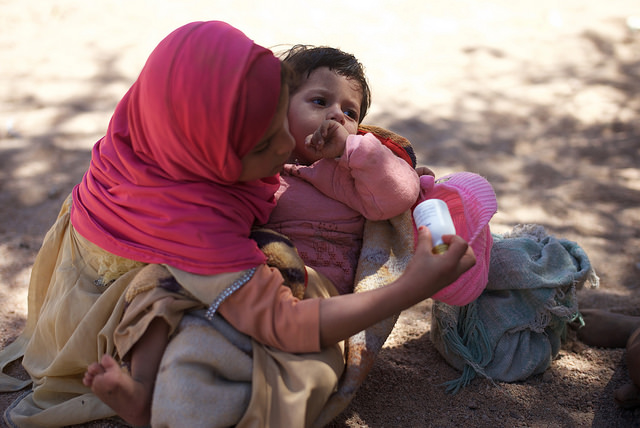 SHAFAQNA – Have you ever wondered if there was a pattern to the madness which is the Middle East, and the many wars the region has witnessed over years? At which point should we look for the agenda behind the bloodshed, and the apparent nonsensical violence nations have had to grapple with? Is War a cultural Middle Eastern trait? What is the common denominator?  I hope I don’t sound patronizing here but trust me, there is a pattern and there is an agenda. Wars don’t just happen, they are waged and more often than not carefully planned out.

Forget the political platitudes politicians and officials have served you over the years – that peace and security are what governments want to achieve, and what officials will thrive to protect! Governments since the dawn of time have pursue one goal, and one goal only: Control.

Control over people, control over nations, control over regions, control over natural resources, control, control and more control. Of course such a quest for control has taken different faces, and adopted different languages over the centuries … colonialism, imperialism, capitalism, communism, secularism …. Each and every governing system carries within destruction when wielded by tyrants. And though philosophers, and prophets may have offered systems which indeed would guarantee a degree of justice and fairness in this world, how many times have we falter in their implementations? Always … Such is our human nature. We are a greedy and ambitious people after all. Imagining that leaders are anything else but greedy, ambitious people is foolish … When I say leaders, I mean political leaders … there are still among us an intellectual elite which thankfully has managed to raise itself above the fray to offer true guidance. But now is not the time to discuss them. I leave this for another book, and another subject matter.

As the French would say the Middle East is “a feu et a sang” (on fire and in blood) That it is …. That it is and much more …

Libya, Syria, Iraq, Bahrain, Yemen … how many more will fall to the fires of war so that a covert elite could claim control over a people left defenceless? Let me ask you this: of all the wars we have seen play out on our TV screens, what has been the one constant.

Every nation touched by war has seen its military complex crumble to the ground. Actually it’s more than that! Let me rephrase that statement – wars have systematically broken out in those nations which happened to possess a powerful military. It began with Iraq, then Syria … Libya was kind of the exception to the rule although one cannot deny that Libya’s disintegration made it possible for radicals to break into Africa … and then of course Yemen.

Now, why is that important or even relevant? Why would Iraq or Syria have anything to do with Yemen? You would be quite right to wonder. At first glance Iraq, Syria and Yemen have little in common – except of course for the Terror which infiltrated through their borders.

Let’s discuss perspective and political agenda for a second. Since before the Ottoman Empire the Middle East has inspired much envy … the land of milk and honey Pope Urban said as he called for the crusades. Today it is not religious liberation powers are brandishing to justify colonialism but democracy-building and counter-terrorism. Different times, different banners – but the same cold and calculated ambition.

The Middle East you might have notices is not exactly defenceless. And though Western powers have been keen to play their fire power and military technology up, as to better project political might, the MENA was nevertheless home to several mighty armies. Mighty armies have a nasty habit of standing in the way of imperialism. Mighty armies often take umbrage when foreign powers become insistently dismissive of their territorial integrity, and/or right to self-governance.

What better way to weaken nations’ ability to resist foreign pressure but to lay waste their armies?

THIS is what Iraq, Syria and Yemen have in common.

Another point to consider: who is fighting Yemen? Saudi Arabia – while the kingdom is known for its immense wealth, its military power left something to be desired. For all its political bravado, Saudi Arabia does not have a real army to back its imperialistic claims … which is exactly why Riyadh has systematically hidden behind its clergy, and its money to exert control.

Today the kingdom is trying its hands at war. You will note that rather than use its own military Riyadh thought best to use others’.

Let me share with you some of the insight several military officials were kind enough to share with me.

In this war against Yemen, Saudi Arabia set itself several goals. On top of the list figures the annihilation of Yemen’s military power, then the fragmentation of Yemen’s territorial integrity, followed quickly by sectarianism. Why keep a nation whole when divisions offer so many opportunities? In many aspects I believe that Saudi Arabia is following the very policy Israel has followed against Palestine. I actually would go as far as say that Saudi Arabia has perfected Israel’s policy as far as political bias and prejudices go.

Saudi Arabia is following the very policy Israel has followed against Palestine.

Even though Yemenis stand persecuted under Riyadh’s fire, it is Yemen’s Resistance movement whose legitimacy has been called into question. As the kingdom has bulldozed its way through a long list of war crimes and crimes against humanity; it is still Yemen’s freedom fighters who have stood accused of treachery. How many times have we been told that Riyadh’s bombing of schools, hospitals, NGOs and other civilian infrastructures do not constitute any international law violations, when the Houthis’ very breath has been labelled as nefarious?

Here is how General Ali al-Ahmed … not to be confused with Gen. Ahmed Ali Saleh told me in an interview I conducted for Shafaqna: “Saudi Arabia’s real war is not as much against the Yemeni people than it has been against Yemen’s ability to defend itself, and stand united under one banner. Since the late 1970s Yemen has been ruled by a military man [President Saleh] who, more than most, understood the need for Yemen to remain a strong military power in Arabia. Where Yemen might not hold a candle to the riches of its neighbours, its military force has forced Persian Gulf monarchies to look onto Yemen as a strong regional player. Yemen’s fall from grace with Saudi Arabia came after President Saleh offered his support to Iraq in the 1990s. It is Yemen’s determination to follow independent policies which changed Riyadh’s outlook. Yemen went from being a powerful and useful ally in Arabia, to a threat to be contained.

Today’s war has been a long time coming … From a Saudi perspective Yemen’s military power had to be broken down, and its military institutions laid waste to. Just look at Abdel Rabbo Mansour Hadi’s policies … look at what he’s done to the military and you will understand that Yemen’s so called transition of power has been a long military erosion.”

Indeed … while in power Hadi has systematically dismantled Yemen’s military institutions. From the dissolution of the Republican Guards, the Special Forces, and the Presidential Guards, Hadi has also worked to retire any general who ever showed any loyalty to President Saleh.

The general added: “President Saleh is a military man who understands the importance of a strong military to support, and lead a strong nation. Riyadh has no real army, no real military power safe from the one it has bought out. Yemen in that sense posed a threat too great for the kingdom to ignore, and so war was declared.

But what about peace I asked! “There will be peace of course … wars do not last forever, but it will not be the peace many might expect. It will not be a peace where you have a clear winner and a clear loser. Alliances are much too intertwined and overlapping for peace to be a simple diplomatic, or even political exercise. I worry the people will pay the price, while officials get to divide power and Yemen’s wealth. I’m old … I see things differently those days. I see how the Yemenis were betrayed by their officials and how Yemen here ‘through the Resistance movement] has a chance to reclaim its future.”

The general makes an interesting point – it’s not when peace will be brokered which should worry us, but rather what it will mean for Yemen’s future.

Note -the research was made possible by AJKF – 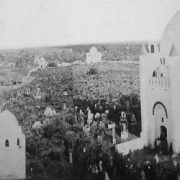 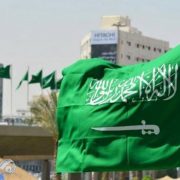 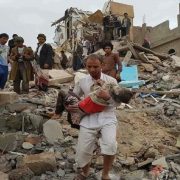