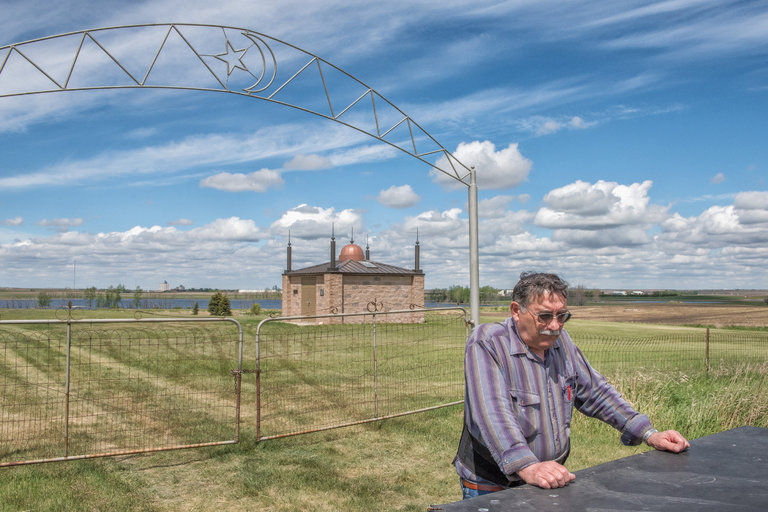 SHAFAQNA – Richard Omar drove his pickup truck through the cemetery gate and pulled to a stop in sight of the scattered headstones. As he walked toward a low granite monument, his running shoes crunched the dry prairie grass and he tilted forward into an unrelenting west wind.

“These are my parents,” he said beside a carved granite marker. Then he fixed bouquets of fabric flowers into place with metal stakes, hoping they would last until next spring.

Mr. Omar, a retired electrician, was engaged in an act of filial obligation and something larger, as well: the consecration of a piece of American religious history. This cemetery, with the star-crescent symbol on its gate and on many of its gravestones, held the remains of a Muslim community that dated back nearly 120 years. Up a slight hill stood the oldest mosque in the United States.

The original mosque, erected by pioneers from what are now Syria and Lebanon, had been built in 1929. After it fell into disuse and ruin, the descendants of its founders and the Christian friends they had made over the generations raised money to put up a replacement in 2005.

It is a modest square of cinder blocks, perhaps 15 feet on each side, topped with an aluminum dome and minarets. Several hundred yards off the main highway, on the outskirts of a town with barely 200 residents about 60 miles west of Minot, the mosque and cemetery exist much as they always have, surrounded by fields of wheat and corn and grazing lands. In this spot, all the industrial clamor of North Dakota’s fracking boom feels immeasurably distant.

Though the mosque is rarely used for religious ritual, even during the holy month of Ramadan, which begins June 5, it remains a powerful emblem of Muslim heritage and pride. And in this particular election year when Muslim immigrants have been made a polarizing part of the political discussion, this obscure mosque in an isolated stretch of a rural state serves as a reminder that Muslims have been part of the American mix for a long time, and not only in populous hubs like Brooklyn; Dearborn, Mich.; and Chicago’s western suburbs.

Some, like Mr. Omar’s father, arrived in the almost mythically American form of homesteaders and farmers. By 1920, perhaps 200 had made their way to Ross and surrounding Mountrail County, which then had 8,500 people spread over its 1,900 square miles.

ust over there,” Mr. Omar, 66, said as he indicated some furrowed acres on the far side of 87th Avenue Northwest, which was nothing but a dusty gravel track. “He had a team of horses. He’d take the rocks out of the soil for the other farmers.”

The elder Omar had come to America from the village of Bire in the Bekaa Valley in what is now Lebanon under his birth name, Abdallah Ayash. After making some money in one of Henry Ford’s auto factories, he moved to Ross, acquiring 120 acres on June 19, 1911. By then, he had changed his surname to Omar, which seemed to him more American. Before long, he dropped Abdallah in favor of Albert.

“Years ago, when all these people came over, they came over for a new life,” Richard Omar said as walked through the cemetery, pointing out adjacent farmsteads. “Right up there used to be Allay Omar. And over there, Sam Omar. No relation to me.”

The graves that he passed spoke of patriotism and assimilation. Amid the many Juma and Omar headstones, marriage had brought to this Muslim cemetery people with the last names of Miller and Horst.

The marker for J. D. Benson, the husband of a woman raised in a Muslim family, featured a photograph of the two on horseback. The stone for Alex Asmel gave his military service from World War I: private in the 108th Infantry. Abraham Omar (1933-2004) was represented with a photograph of him with long sideburns, a ducktail haircut and a black leather jacket. It could fit into a scene from “Grease.”

Inside the mosque, a prayer rug lay on the floor, pointing east toward Mecca. Photographs of the community’s early residents, including his father, rested on an easel. Mr. Omar took a broom to sweep cobwebs from the corners.

Maybe simply by being there, simply by existing in their undeniably concrete way, the mosque and the cemetery, though little used, serve a purpose. Amid a presidential campaign in which one party’s presumptive candidate calls for a ban on Muslim immigration, a campaign that has coincided with a rising number of bias crimes against Muslim people and institutions, this little plot is a reminder that Muslims were here as far back as the Norwegians and Swedes and Germans and Finns and Poles and Jews among whom they settled.

It was not always easy. “Prairie Peddlers,” a book about the Syrian and Lebanese immigrants to North Dakota, notes that they were sometimes called “black,” unwillingly conscripted into America’s binary form of racism. Several local Muslims who tried to serve in World War I, the book notes, were discharged for supposed disloyalty, because their ancestral homeland was then part of the Ottoman Empire, an enemy in that global conflict. But over time, those who seemed strange became familiar.

“These are community people,” said Kenneth Halvorson, a high school classmate of Mr. Omar’s and the sheriff of Mountrail County. “They are part of our community. They sometimes find themselves in a situation where their nationality or whatever causes them problems. But not here. We know that they’re good, hardworking people.”

For the occasional American Muslim who learns of this bit of history, the mosque here is touchstone and affirmation. Aman Ali, 31, is a professional storyteller who grew up in an Indian immigrant family in Ohio. During Ramadan in 2010, he decided with his friend Bassam Tariq, a filmmaker, to try to visit a different mosque in a different state for each of the 30 holy days.

Even with GPS, they could not find the Ross mosque. A local pastor introduced them to Lila Thorlakson, a daughter of one of the Omar families and the volunteer caretaker for the mosque. Setting foot there, praying inside, Mr. Ali said, changed his life.

“Learning that Muslim communities have been in this country since the 1800s, it made me realize I am the latest chapter in a book that’s being written about our beautiful community,” he wrote in a recent email. “It was the first time I felt like I actually belonged here.”
In March 2015, an oil-rig hand named Kobby Nai Sowah died in a car crash across the state line in Montana. He was a Muslim born in Ghana and raised in Florida. The funeral home arranged to have him interred at the cemetery in Ross, in a plot near three pine trees to blunt the incessant wind.

In Mr. Omar’s folder of records for the Assyrian Moslem Cemetery, its official name, he keeps pages with neat charts of the available grave sites. Realistically, though, few will ever be filled. Sarah Omar Shupe, who was buried here in 2004, was the last community member to regularly speak Arabic and read the Quran.

Ever since the Dust Bowl days, a steady stream of local Muslims have been moving to cities for better economic prospects. Many of those who stayed here died, moved away or converted to Christianity in marriage. Mr. Omar’s wife is from Scandinavian stock, and he can barely remember a time when he practiced Islam.

He is not even sure he will be buried in the cemetery that he so tenderly tends. 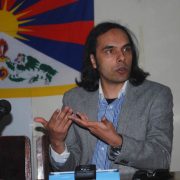 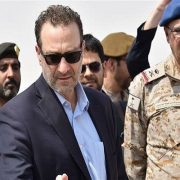 Is the world waking up to the truth behind Daesh?