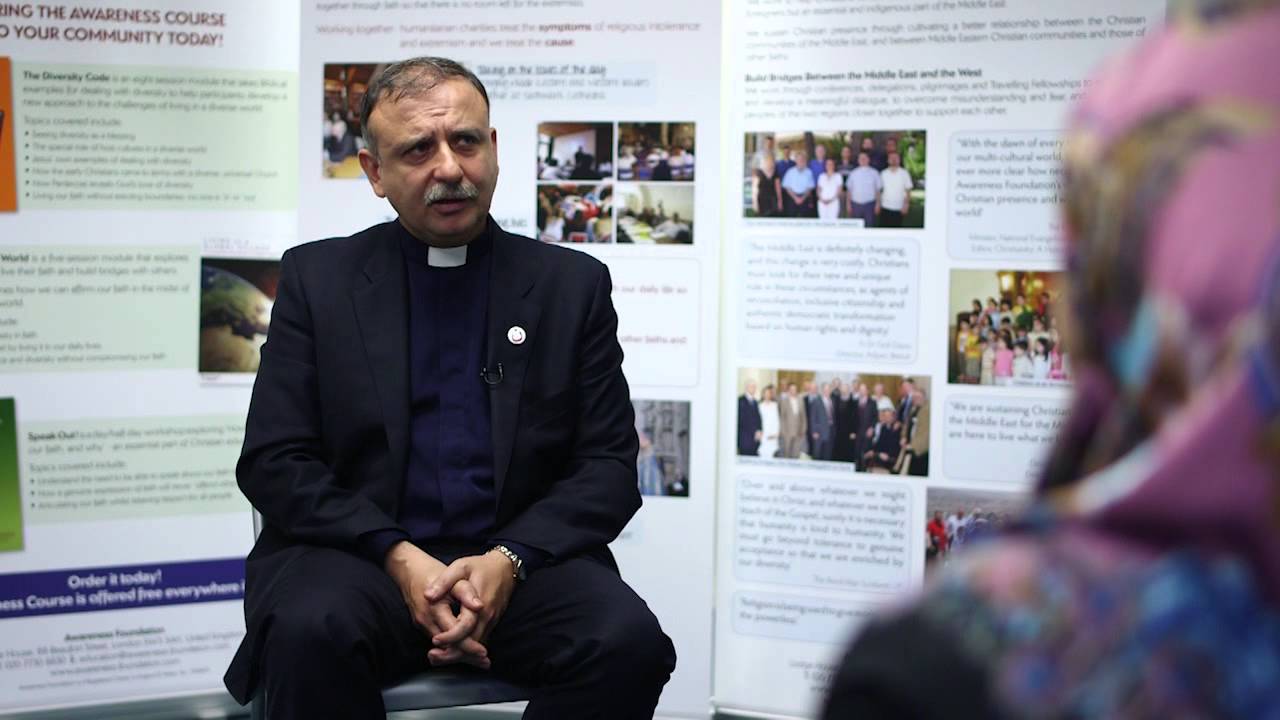 SHAFAQNA – In order to bring you, our readers, closer to realities and truths, Shafaqna will conduct a series of exclusive podcast interviews with renown political analysts politicians, officials, religious leaders, and academics.

As always our aim is simple – knowledge.

In a world run, and based on falsehood, Truth has become somewhat of a rare commodity – still, we ought to seek what has been dissimulated as to rise truly free.

Following is the interview Catherine Shakdam – the Director of Program for the Shafaqna Institute conducted with Reverend Nadim Nassar, the director of the Awareness Foundation.

A man, and religious figurehead of immense courage, dignity, and compassion Reverend Nadim Nassar has been an important light for Christians, and all people of faith in the Middle East. It is not often that one carries such faith that he could rise above prejudices and bias with a grace which commands attention, and respect.

A true man of God, it was Shafaqna immense privilege to interview Reverend Nadim Nassar. In his own words: “We ought to learn to embrace and respect each other’s differences.”

We, at Shafaqna, will strive to do just that.

Until the enemies of Islam are removed from the Hijaz - INTERVIEW

Shafaqna Interview with Sputnik on Syria and Trump's safe zones