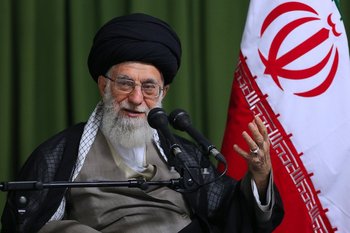 SHAFAQNA – On the eve of the birth anniversary of Imam Hassan Al-Mujtaba (peace be upon him) a group of cultural experts, Persian literature masters, a mix of young and veteran Iranian poets, as well as poets from Pakistan, India and Afghanistan met with Ayatollah Khamenei, the Leader of the Islamic Revolution.

In this meeting, Ayatollah Khamenei described poets as valuable capitals and reserves, he stressed on the necessity of “keeping poetry vital, apt and with clear stances towards the main issues and requirements of the country”. Ayatollah Khamenei said, “Today there is a different type of war – a soft war of political and cultural struggles- going on; in this field, poetry should act upon its duty as an influential instrument.”

Ayatollah Khamenei elaborated on the status and responsibility that poetry holds, describing poets among the dearest and most prideful assets of the country saying, “This capital should take action by meeting the country’s requirements during hard times, especially when the country needs help facing the enemies in the arena of politics, culture, public relations and social bonds.

Poetry should be vital: we should take a stance towards the current issues and requirements of the country. Today more than ever, essential and outstanding poems are written, for instance: poetry composed for Palestine, Yemen, Bahrain; and also for the Holy Defense, the martyred divers, the martyrs of the fight against ISIS; furthermore, those about the oppression of mujahids like the oppressed, courageous and determined Sheikh Zakzaky; unfortunately, these spirit-lifting, influential poems are not promoted nor reflected in the way they deserve to be, there is a sense of negligence towards them.”

Ayatollah Khamenei described, shedding light on the U.S.’s treachery in the case of JCPOA, as one of the subjects that can be touched upon for inspiring influential poetry; he said, “in addition to politics, artists and particularly poets should reflect on the realities of public opinion.” In this regard, the Leader of the Revolution advised benefiting from the commonly recited poems popular among people and the youth, like the monodies and elegies. His Eminence pointed out to examples of very meaningful and sensational elegies during the struggles against the Shah’s regime, as well as conflicts during the Holy Defense adding, “Of course today, the battlefields and the type of war is different from those of the early years, after the Revolution; now we witness the various battlefields of a soft war with political, cultural, and defensive tactics in fighting against infiltration- wherein thoughts and determinations do the fighting- poetry is one of the main and most influential instruments of this struggle.”

In this friendly meeting with poets, Ayatollah Khamenei also touched on editing, translating and topic-based publishing of outstanding poetry on topics like Palestine, the Holy Defense, the region, and Yemen, as well as making the noble concepts, the words of supplications and religious texts into poetry. He advised on, “writing meaningful and powerful lyrics aimed at conveying the teachings of the Infallibles (peace be upon them)”.

Ayatollah Khamenei lead prayers among the congregation and soon the poets broke their fast, sharing iftar with him. 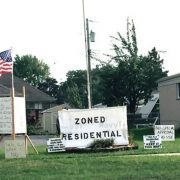 Malaysia Halal exhibit set to kick off on April 5

INTERVIEW - Dr Marcus Papadopoulos: "Radicalism is bringing about change in society through changing the foundation of…
0 replies