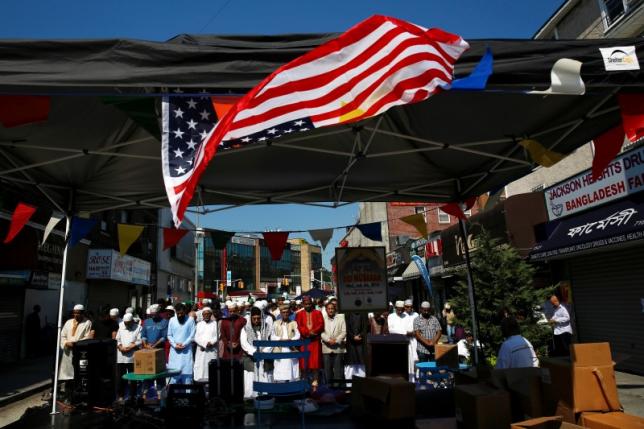 It shows that 37 percent of American adults have a “somewhat unfavorable” or “very unfavorable” view of Islam. This includes 58 percent of Trump supporters and 24 percent of Clinton supporters, a contrast largely mirrored by the breakdown between Republicans and Democrats.

By comparison, respondents overall had an equally unfavorable view of atheism at 38 percent, compared with 21 percent for Hinduism, 16 percent for Judaism and 8 percent for Christianity.

The poll took place before an attacker on Thursday drove his truck into a holiday crowd in Nice, France, killing more than 80 people in what President Francois Hollande called a terrorist act. Police sources said the driver, while linked to common crimes, was not on a watch list of intelligence services and no Islamist militant group immediately claimed responsibility for the attack.

The race for the Nov. 8 U.S. presidential election has put a spotlight on Americans’ views of Muslims with Trump proposing a temporary ban on Muslims entering the United States. He repeated the proposal after Omar Mateen, a New York-born Muslim armed with an assault rifle, killed 49 people in an attack on a Florida gay nightclub last month.

The ideological divide between Trump and Clinton supporters is set against a backdrop of increasing violence and discrimination against Muslims in the United States.

The poll shows 78 percent of Trump supporters and 36 percent of Clinton supporters said that when compared to other religions, Islam was more likely to encourage acts of terrorism. Trump supporters were also about twice as likely as Clinton supporters to say that Islam was more encouraging of violence toward Americans, women and gay people. Polling on none of the other belief systems and their perceived connection to terrorism or violence came close to matching those numbers.

Clinton has called for a more inclusive environment within American society and for a joint effort between the U.S. government and Muslim countries to battle the spread of Islamist militancy.

She has criticized Trump’s harsh statements about Muslims and Mexicans while Trump has bemoaned what he calls American society’s devotion to political correctness.

Party affiliation accounted for the deepest division among Americans where their views on Muslims were concerned. Respondents’ status as rich or poor, young or old, or male or female did not offer as pronounced an overall view as did their identification as Democrats or Republicans.

“If it was true that Trump did not represent Republicans broadly defined, you would think Republicans would look different; they don’t,” said Douglas McAdam, a sociology professor at Stanford University who studies American politics.

“It goes against the claims of the (former presidential candidate) Mitt Romneys of the world, that Trump is not really a Republican, that he doesn’t represent the Republican party. He seems to be resonating with Republicans generally.”

According to the Council on American-Islamic Relations, a Muslim civil rights group, attacks on American Muslims and on mosques in the United States rose in 2015 to their highest level ever recorded.

The group said 31 incidents of damage or destruction of mosques were reported; there were 11 incidents in which a Muslim person was the target of a slur or another kind of harassment.

The Reuters/Ipsos poll ran in all 50 states from June 14 to July 6. It included 7,473 American adults and has a credibility interval, a measure of accuracy, of 1 percentage point. 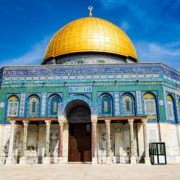 Saudi Arabia In ‘Secret’ Talks With Israel Over Control of Al-Aqsa: Report

A Pathology of East and West Relations

Are there laws in heaven? If so, what kind?
0 replies