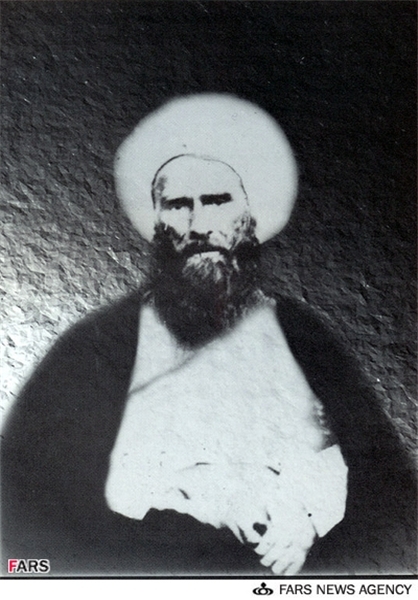 SHAFAQNA- Zayn al-Din al-Juba’i al’Amili (1506–1558) was the Second Martyr, and the author of the first Sharh of Shahid Awwal‘s Al-Lum’ah ad-Dimashqiya (The Damascene Glitter) titled as Ar-Rawda al-Bahiyah fi Sharh al-Lum’ah ad-Dimashqiya (الروضة البهيّة في شرح اللمعة الدمشقيّة ) (The Beautiful Garden in Interpreting the Damscene Glitter).
He was one of the greatest shi’a scholars. He studied under famous Sunni and Shi’a in Jabal ‘Amel, Damascus,Cairo, Jerusalem among many others. He was known and respected by sunnis in Baalabeck for this. He was authorized to teach Muslims in the Nouriyah Islamic school according to the five schools of thought.
He became a Mujtahid at age 33 after his visits to Iraq. Since Ijtihad was forbidden and Shi’ism had a history of persecution in the area, especially that shi’ism was still strong among the people as a result of the not-so-long gone Hamdanid dynasty, some people conspired against him due to petty reasons before being judged in front of the Sultan.
He was a widely travelled man, having visited Egypt, Syria, Hijaz, Tihamah, Baitul Muqaddas, Iraq and Constantinople (Istanbul). Always in pursuit of knowledge, he studied from nearly twelve Sunni Ulama of fiqh. Apart from the proficiency in fiqh, he was well versed in Usool, Philosophy, Irfan, Medicine and Astronomy.
He was a man of piety, known for his austere way of life. His students have recorded in his biography that Shaheed maintained his family by selling the woods cut by himself during the nights, and then sat to teach during the day. While in Ba’lbak, he conducted classes in Fiqh according to five schools, i.e. Ja’fari, Hanafi, Shafei, Maliki and Hambali. His Sharh al-Lum’ah is a part of curriculum in almost every Hawza even today. He studied from Muhaqqiq Karaki before the later migrated to Iran.
In Rajab of 965 A.H. (1558), he was beheaded on his way to see the sultan and a shrine was built by some Turkmens on the site as they realised his stature. The person that beheaded him was killed by the Sultan orders.

Al-Shahid al-Thani was born in Shawwal 13, 911/1506 in a village called Juba’ which is in Jabal Amil ofLebanon.

Because family members of al-Shahid al-Thani were all among Shi’a scholars, their family was known as Silsilat al-Dhahab (the golden chain):

When al-Shahid al-Thani was nine, he had learned reciting the holy Quran before he started his education. ‘Ali ibn Ahmad al-‘Amili, his father, was the first one who taught him. Al-Shahid al-Thani learned Arabic literature, Al-Mukhtasar al-Nafi’ (by al-Muhaqqiq al-Hilli) and al-Lum’a al-Dimashqiyya (by al-Shahid al-Awwal) and other different books from his father.

After his father passed away in 925/1519, he moved to Mays, a village in Jabal Amel, and learned from ‘Ali b. ‘Abd al-‘Ali al-Maysi for eight years. He studied Shara’i’ al-Islam (by al-Muhaqqiq al-Hilli), Irshad al-Adhhan and Qawa’id al-Ahkam (both by al-‘Allama al-Hilli) on fiqh under al-Maysi.

Al-Shahid al-Thani had numerous travels in order to learn from a large number of scholars of the time.

After he went to Jabal Amil, he traveled to Karak Nuh to learn Arabic grammar and usul al-fiqh from al-Sayyid Ja’far al-Karaki. After three years, he moved to Damascus to study philosophy and medicine under Shaykh Muhammad b. Makki[Note 1]. He also studied Al-Shatibiyyah under Shaykh Ahmad al-Jabir. While he was in Damascus he learned Sahih Muslim and Sahih al-Bukhari under Shams al-Din b. Tulun.

In 942/1536 he moved to Egypt, where he learned usul al-fiqh, geometry, prosody, medicine, tafsir and logic from sixteen different teachers and scholars.

He traveled to Bayt al-Maqdis and obtain a permission to transmit hadith from al-Shaykh Shams al-Din b. Abu l-Latif al-Maqdisi.

In 949/1543 he traveled to Constantinople, where he gave a treatise (on ten knowledges) to Muhammad b. Muhammad b. Qadizada al-Rumi. After a meeting between them, al-Rumi proposed a teaching position in every school he wants. After doing istikhara, al-Shahid al-Thani chose Nuriyya School in Baalbek. Then al-Rumi appointed him as the responsible of Nuriyya School.

Al-Shahid al-Thani returned to Juba’ after he had visited Shrines of Imams in 953/1546 He settled there for the rest of his life and dedicated his time to teaching and writing.

When al-Shahid al-Thani settled in Baalbek, a large number of scholars and intellectuals came to learn from him. Because of his vast knowledge about the Islamic sects, he conducted comprehensive classes in fiqh and beliefs according to the five schools of thought in Islam: Ja’fari, Hanafi, Hanbali,Shafi’i and Maliki. People also found the answer of their questions in religious matters.

After al-Shahid al-Thani judged a dispute, he was summoned by Sultan. He asked to make a pilgrimage to Mecca before visiting Sultan. On the way back to Constantinople and before meeting the Sultan, he was beheaded by the sea without Sultan’s order. His body was left there and then thrown to the sea. He was martyred in 955/1548, but al-Sayyid Muhsin al-Amin mentioned his death in 965/1558.

Mustafa b. al-Husayn Tafrishi, a Shi’a scholar in rijal said: “al-Shahid al-Thani was a glorious figure among Shi’a Muslims and reliable scholars; he was a knowledgeable figure whose writings lack mistakes.”[2]

Shaykh Saduq, the Great Shi‘a Authority in the Age of Minor Occultation