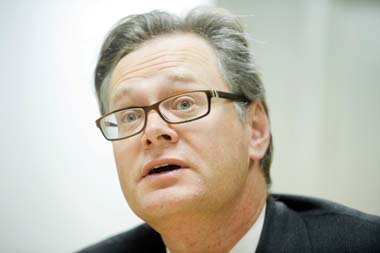 SHAFAQNA – IHRC has written to the parliamentary watchdog calling on it to investigate the Conservative MP for inciting religious hatred and violence over the recent Al-Quds Day rally in London.

Matthew Offord, MP for the north London constituency of Hendon, has been referred to the Parliamentary Commissioner for Standards after he accused the peaceful rally of showing support for ISIS.

In a letter to the Metropolitan Police before the event the MP said: Òthe display of Hezbollah, Hamas and Daesh flags causes great distress to many of my constituents and the population as a whole and, in my opinion, is contrary to the Terrorism Act.Ó

This is not withstanding the fact that ISIS flags have never been on display at the annual rally since its inception in 1979. We believe the MP was propagating a deliberate lie in order to smear the peaceful participants of the Al-Quds Day rally and cause damage to the event.

The complaint further states that Mr Offord attended a provocative and potentially violent counter-demonstration organised by pro-Zionist groups in which he rubbed shoulders with leaders of the Jewish Defence League UK (JDL) wearing Kahane Chai t-shirts (Kahane Chai is banned in Israel and JDL is banned in the US as a terrorist groups).

IHRC believes that Mr Offord has breached the House of Commons code of conduct by cooperating with JDL and others in trying to sabotage and  disrupt the Al-Quds Day rally. This attempt to cause fear and silence us conflicts with fundamental rights afforded in a free democracy. When a Member of Parliament actively seeks to stifle such right then it is clear that he has failed to abide by the Code.

The Code also requires MPs to exercise integrity and objectivity. It is evident that in conflating a peaceful rally with the terrorists of ISIS, Mr Offord is in breach of this stipulation.

The letter states: “In recent months a number of politicians have used the spectre of ISIS to falsely attack and defame individuals and organisations who they oppose. This is a cowardly tactic used by politicians and stirs up hatred. It is critical that such hate filled tactics should not be tolerated in the UK, especially from Members of Parliament”.

At the rally itself on 3 July the charged, inciteful atmosphere whipped up by Mr Offord and his allies almost spilled over into violence as the pro-Zionist counter demonstrators pushed past police lines towards the Al-Quds Day participants. The police were forced to intervene to push the counter demonstrators back. IHRC has filed a separate complaint to the Metropolitan Police relating to their policing of the event.

The Office of the Parliamentary Commissioner for Standards has written to IHRC to say that they do not believe the complaint is something they can investigate. IHRC will appeal their decision as we do not believe it is in the public interest for a member of parliament to share a platform with a terrorist organisation or spread false information about individuals and organisations.

IHRC fears worst for Nigerian Shia leader Zakzaky; no evidence that the Sheikh is still alive 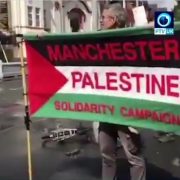 Over 40 protests take place across UK on Stop Arming Israel 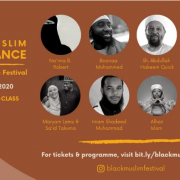