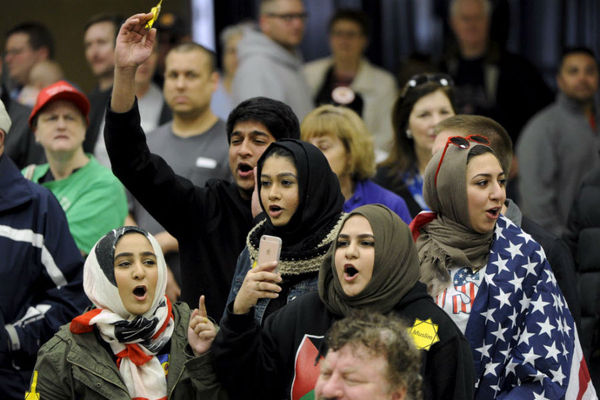 SHAFAQNA – A campaign that aims to register one million Muslim voters by November is in full swing, as organizers and volunteers canvass college campuses, bus stations, and gas stations in Muslim neighborhoods across the United States.

The “One America” campaign, launched in December and spearheaded by the US Council of Muslim Organizations, is part of a broader effort among American Muslims to increase voter turnout for the 2016 presidential election. If successful, organizers say, the campaign could impact the outcome of the election and give Muslims a more prominent voice in American politics in the future.

Though “One America” does not endorse any specific candidate, leaders say many new voters have registered in response to strategies proposed by presumptive Republican nominee Donald Trump to combat radical Islam, including a ban on Muslim immigrants to the US.

“We’re seeing an energy that is largely motivated by anti-Trump sentiment,” said Colin Christopher, the deputy director of government affairs at the Dar Al-Hijrah Islamic Center in Virginia, which has held voter education workshops, to The New York Times.

Since the last presidential election, more than 300,000 Muslims have registered to vote, according to the Council on American-Islamic Relations (CAIR). As of last month, there are 824,000 registered Muslim voters with traditionally Muslim names in the US, CAIR said, compared to about 500,000 voters in 2012. In a survey conducted shortly before the 2012 election, 91 percent of registered Muslim voters said they intended to vote.

In a Reuters interview, CAIR’s executive director, Nihad Awad, attributed the recent growth in political activity among Muslims to an “unprecedented rise in Islamophobia.” In the months following terrorist attacks in Paris and San Bernardino, Calif., last year, crimes against Muslim Americans nearly tripled, according to a study by the Center for the Study of Hate and Extremism at California State University.

The most effective way to combat anti-Muslim sentiment, advocacy groups say, is to get more Muslims into the voting booth. Campaigners have asked imams to encourage their congregations to register to vote, stood outside mosques to recruit worshippers, and launched a “National Open Mosque Day” to facilitate interactions between Muslims and people of other faiths.

If the campaign is successful, Muslim voters could have a significant impact in key swing states, such as Ohio and Florida, in the November general election.

“Although it is true that American Muslims constitute a small percentage of the national population, they are concentrated in key swing states such as Michigan, Ohio, Virginia, Pennsylvania and Florida,” wrote Farid Senzai, director of research at the Institute for Social Policy and Understanding, in the months prior to the 2012 election. “Despite being very diverse and far from monolithic, this constituency is growing faster than any other religious community and has become increasingly visible and sophisticated in its political engagement.”

With hundreds of thousands more American Muslims registered to vote in 2016, the community is now more visible than ever. A survey conducted by the Pew Research Center in 2011 suggests that this increased political engagement is good news for the Democratic Party: 70 percent of American Muslims surveyed consider themselves Democrats or Democratic-leaning, while just 11 percent said they identify more with the Republican party.

Meanwhile, though lesser-known and fewer in number, Muslim groups backing Mr. Trump are also attempting to drum up support in swing states.

At the Republican National Convention Tuesday night, Sajid Tarar, founder of the group American Muslims for Trump, took the stage to say a prayer“to get our country back.” In his brief benediction, he mentioned the prophet Muhammad, saying, “the values reflected by our leader must reflect the values of our forefathers.”

Mr. Tarar and other pro-Trump Muslims told Fusion in April that they agreed with many of the businessman’s controversial stances, which they say are often misinterpreted.

“The people who are doing wrong things like terrorism activities, he’s talking about that. Not about Muslims,” said one supporter, Mehmud Saleem. “Being Muslim, we condemn terrorism as well.”

Tarar says he doesn’t see any contradiction in Muslims supporting Trump and his proposed policies, as militant groups such as the Islamic State have killed more Muslims than non-Muslims, as The Christian Science Monitor has reported.

“The Quran says you need to be loyal to the country where you live,” he said. “We have to do every possible thing to make our country safe.”

Speaking at a recent convention held by the Islamic Circle of North America, Sam Rasoul, a Muslim member of the Virginia House of Delegates, stressed the importance of Muslim citizens becoming more involved in American politics, regardless of political views. 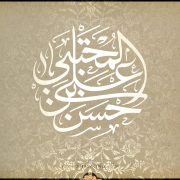 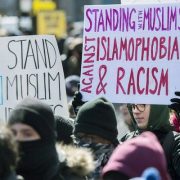 Recent Anti-Islamic Moves Aimed At Maintaining Muslims As 'Other' 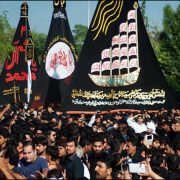 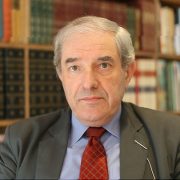 Irish scholar: Imam Hussein’s (AS) lesson speaks to people of all ages, places