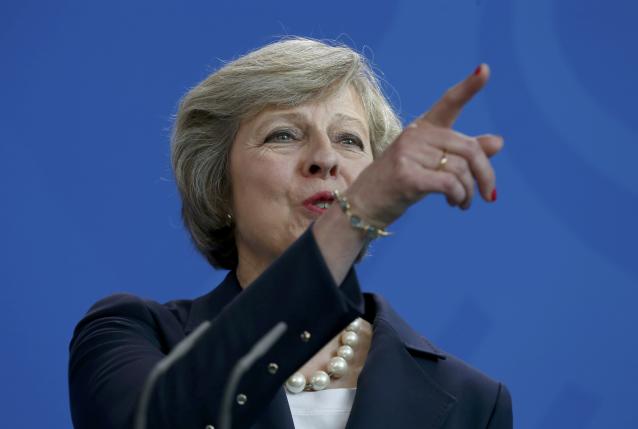 SHAFAQNA – Since entering Downing Street as Britain’s new prime minister last week, Theresa May has quickly dispelled hopes that the UK might change its mind about leaving the European Union.

“Brexit means Brexit,” she said in her inaugural speech.

She added later that Britain will take the time it needs to invoke the now notorious Article 50 of Europe’s de facto constitution governing a member’s divorce from the EU. Both May and her new minister for Brexit have said Article 50 would not be triggered before the end of the year.

Yet once May gets the United Kingdom onto the Brexit runway, can she turn back the plane?

That is the question many UK and continental European legal minds are now pondering. One London firm of human rights lawyers has formally asked the government’s legal department to clarify whether a country can invoke Article 50 and begin the process of EU divorce — but then revoke it down the line.

May’s government is also looking into the issue, as ministers study their position regarding the timing and aftermath of invoking Article 50, according to a person close to the government.

Article 50 of the European Union’s 2009 Lisbon Treaty, which was drafted by a former British ambassador to the EU, has never been used, providing no legal precedent for how it works.

Yet how May navigates the 256-word provision is ultimately a political decision, government officials say, that will define her premiership and the future of Britain’s ties with the rest of Europe.

If Article 50 can be revoked after it is invoked, then May’s calculations of when and how to start Britain’s EU divorce could be radically different from the widely assumed “irrevocable trigger” of Article 50, according to lawyers and government sources.

Charles Streeten, a British barrister who has examined the legal arguments around the invocation and possible revocation of Article 50, says a country can unilaterally pull back at any point prior to the expiry of the two-year period during which, according to the Lisbon Treaty, the European Union and the exiting state need to work out the terms of their divorce.

“The benefits of this should not be underestimated. If I am right, Britain would have a much stronger hand to play in the EU negotiations,” Streeten told Reuters. Streeten said the government should seek formal advice from the European Union’s Court of Justice on the matter.

Bindmans, a top London firm of human rights lawyers, has written to the government’s legal department seeking clarification on the revocability issue as well. “It would appear to be in the UK’s interests for that issue to be resolved before the Article 50 process is commenced,” Bindmans wrote in its letter. The department declined comment.

In Brussels, another view prevails.

EU lawyers say Britain could only revoke an Article 50 notification if all the other 27 members of the EU agreed. Otherwise, Britain could theoretically pull out of its divorce a day before the two-year negotiating period is up and start again, tangling the world’s biggest trading block in years of divorce talks.

The June 23rd referendum in which 17.4 million voters cast their ballots in favor of leaving the European Union versus 16.1 million who wanted to remain has opened up the biggest period of British financial, political and constitutional uncertainty in modern times.

The vote has been cast by some lawyers as a “Peasants’ Revolt” that is now facing a “counter revolution” because the vote went against the wishes of most of Britain’s political, financial and business elites.

Former UKIP leader Nigel Farage, Britain’s foremost Brexit politician, has said there is a concerted attempt to slow – or even prevent – a British exit, just like the Peasants’ Revolt of 1381 was ultimately crushed.

Since the referendum, several legal challenges have been mounted aimed at giving lawmakers a say over both Brexit and Article 50. At least seven lawsuits have been started arguing that only parliament has the authority to decide whether Britain should trigger Article 50.

The first of such lawsuits will be heard in October.

“I believe that people have been fooled,” Gina Miller, a co-founder of London fund manager SCM Private, 51, who is the main claimant in the challenge.

“They have not realized that the referendum was not legally binding and secondly there is no Brexit plan.”

Dominic Chambers is a senior lawyer who has filed another lawsuit aimed at forcing the government to allow parliament to decide whether Brexit goes ahead. That case form part of Miller’s case.

Chambers, who is acting for hairdresser Deir Dos Santos, says he wants parliament involved precisely because he believes “Article 50 is a one-way street; once Article 50 has been triggered it is irreversible.”

Yet two of Britain’s top law professors, Michael Dougan and Derrick Wyatt, said they believe Britain could revoke a divorce notification before the two-year negotiation period is up.

Still, Dougan, professor of European law at the University of Liverpool, said any revocation would in practice depend on making a political agreement with the other members states.

Keith Ewing, a law professor at King’s College London, believes there is no provision for revoking Article 50. Yet he too believes there might be the possibility of a political “fudge” with the rest of the European Union.

“But this is all moot: it is not foreseeable that the British government will change its mind,” he said.

Any attempt at a fudge would enrage supporters of Brexit, including many lawmakers in May’s government, which has a majority of 16 in the 650-seat House of Commons.

O’Neill, who described himself as a Marxist libertarian, says any attempt to block Brexit would thrust Britain into an even deeper political crisis as the elites would be seen to be frustrating the clearly expressed wishes of voters.

He said he hopes Brexit will happen but that he has his worries.

“What I think might happen is that we get Brexit light.”

The killing of Tony Blair

Muslims run for charity during Ramadan 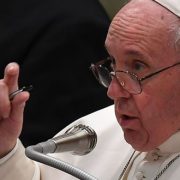