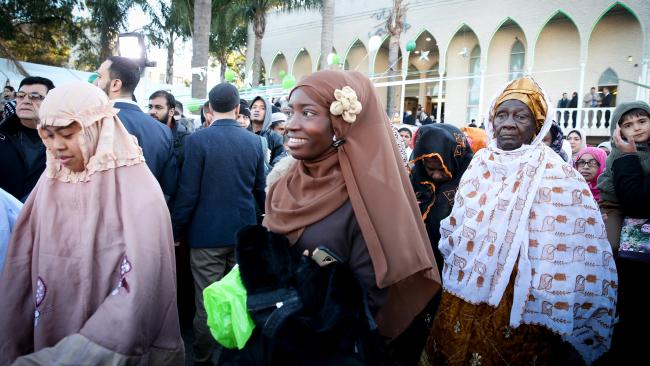 SHAFAQNA – When it comes to immigration, the government and opposition are in agreement. Our migration program is proudly non-discriminatory and that is how it should remain.

Yet the Australian government is pursuing a migration strategy that makes it extremely difficult for large numbers of Muslims from the Middle East to settle here, even if that is not the policy’s aim.

While governments of all stripes insist Australia’s migration program is non-discriminatory, an analysis of available data by The Australian suggests that the migration of Muslims from Lebanon, in particular, has slowed to a trickle, with no sign of a rush coming anytime soon.

Immigration officials tell The Australian that the low number of Muslim immigrants from the Middle East arriving in recent years has nothing to do with their religion, since applicants are not asked to state their faith when they apply to settle.

Instead, they say, it’s an unintended consequence of a migration policy that is almost entirely focused on attracting skilled and family reunion migrants from countries such as India (now Australia’s No 1 source of permanent migrants, with 34,874 arrivals last year) and China (27,874).

The strategy, which both major parties insist is not deliberate, means that while Islam was once the fastest growing religion in Australia, there are now more Buddhists (2.5 per cent of the population) than there are Muslims (2.2 per cent), and the Hindus are rapidly catching up.

“There are officials and politicians who openly favour Christians including Orthodox Christians (and Jewish migrants over Muslims),” one of Australia’s most eminent scholars on immigration, James Jupp of the Australian National University, tells The Australian. But, he says, the Department of Immigration and Border Protection “will never admit bias as many decisions are made locally” — that is, by officials in the country of origin.

Islamic Sciences & Research Academy Australia’s director Mehmet Ozalp says the local community could not help but notice that “the Muslim population from the Middle East was at one point growing fast, but that was about 10 years ago, and now it is slowing, whereas the Buddhist and Hindu population was pretty low but has increased dramatically.

“It is concerning because there are calls for stopping Muslim immigration,” Ozalp adds. “It’s not too far to assume that people in parliament may agree with these calls, and we need to worry: are these numbers indicative of an underlying problem?”

Muslim immigration came to the fore during the recent federal election when Senate candidate Pauline Hanson called for a complete ban. A debate kicked off just last week, when Nine Network presenter Sonia Kruger said she, too, wanted a ban on Muslim immigrants coming to Australia.

And this week Liberal senator Eric Abetz sent out a tweet saying: “We need an open and frank discussion on the future of immigration.”

Immigration Minister Peter Dutton insists, however, that Australia’s migration program is proudly non-discriminatory. “We don’t focus on religion. We focus on skills,” he tells The Australian.

The question of how many Muslim immigrants come to Australia each year is difficult to answer. The Department of Immi­gra­tion says it does not ask newly approved migrants to state their religion and therefore does not keep statistics.

In an effort to find an answer, The Australian studied immigration statistics from 1974 to last year and compared them with census data held by the Australian Bureau of Statistics, specifically on the religious affiliation of overseas-born Australians. The two sets of data are not a complete match, making a precise extrapolation impossible, but some trends immediately become clear.

While Lebanon once provided Australia with 2000 to 4000 migrants a year, that number had dropped by 2010-11 to 1143 people (last year’s figure was 1242). The department says it does not know how many of these people were Muslim, but according to ABS data most of the Lebanese migrants who arrived in recent years (57.2 per cent) are not Muslim. If that trend is holding — and there is no reason to suppose that it is not — then Australia is taking as few as 550 Lebanese Muslims a year.

The situation for Iran is similar: while figures show Australia continues to welcome immigrants from Iran (4093 people in 2013-14), the ABS data suggests that as many as 62 per cent of those who arrive are not Muslim but Christian or of the Baha’i Faith.

Halim Rane, associate professor in the school of humanities at Griffith University, who worked for the Department of Immigration for six years, says the trend towards non-Muslim immigration is not new.

“Even in the 1990s, before Islamic extremism was even on the radar, the majority of people coming to Australia from Muslim-majority nations were not Muslim,” he says. “Take Egypt: it is majority Muslim, but Australia takes mostly Coptic Christians because they tend to have more of the skills Australia needs.

“But I don’t believe there is a policy or an anti-Muslim bias because they don’t even ask the question. They wouldn’t know if you’re Muslim or not. What happens is, the government of the day will focus on attracting certain skills — say, technology — and those immigrants will come from China or India, where there are not a lot of Muslims.”

There is one clear exception to the general rule: Australia welcomed 8281 immigrants from Pakistan in 2014-15, most of whom are assumed to be Muslim, since ABS data shows that 87.7 per cent of Pakistani-born Australians identify as Muslim.

On the other hand, ABS data shows that Hindus are experiencing the fastest growth, with numbers increasing by 189 per cent to 275,500 across a 10-year period, mostly because of immigration.

By contrast, while the number of Muslims in the community is still increasing, it is doing so at the much lower rate (69 per cent across the same 10-year period) and most of that growth would seem to be coming not from immigration but from a high birthrate.

Muslim community leader Jamal Rifi tells The Australian that migration from Lebanon has definitely slowed in recent years, but “it is for a couple of reasons, including that not as many people are trying to come”.

“For some families, it’s expensive to apply, but also because the Lebanese community in Australia is very integrated now,” Rifi says. “There aren’t as many people going back (to Lebanon) to find a partner. It’s better to find a partner here, who will be more educated and liberal and compatible. The marriages between here and there, we have seen failures.”

Rifi says the local community supports the rigorous, skills-based program. “We don’t want anyone who might end up being radicalised. It’s not an anti-Muslim policy, it’s a conscious decision to take people who will contribute, and that is why we don’t have the same problems here.”

By CAROLINE OVERINGTON – The views expressed here are not necessarily that of Shafaqna’s.

East London acid attack: When Muslims are the victims, we refuse to call it terrorism 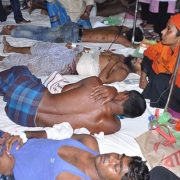 EU Commission says: "Muslims are no threat to Europe" 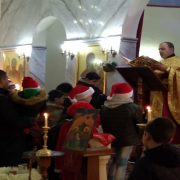 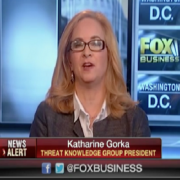