SHAFAQNA- Islam in general and the holy Quran in particular have a comprehensive plan for man’s marital life (the same is the case regarding other aspects of man’s life i.e. having a comprehensive view). Marriage is an issue that includes maintenance of man’s race, satisfying one of human’s basic needs, forming the first and foremost nucleus of the society and also providing the first environment in which one undergoes education (that is family).
Explaining this subject in details is out of the scope of this writing. There are many verses and traditions in this regard as well. Verses that encourage marriage, verses that elaborate on the rights of each of the spouses, verses that have been revealed about the children, verses that censure those who deviate from the legitimate way of satisfying sexual desire and describe the proportionate punishment, verses that through explaining the necessity of veiling and piety try to prevent man from unlawful whims, even the verses of the Quran talking about the state of the soul when it tempts man to perpetrate sins,[1] are all connected to this subject because all aspects of man’s life are connected to each other and any change in any of them will affect the others.
One thing that a reciter of the Quran notices is that marriage has been encouraged in the Quran. For example look into these verses:
1) And marry the unmarried among you and the righteous among your male slaves and female slaves. If they should be poor, Allah will enrich them from His bounty, and Allah is all-Encompassing and Knowing.[2]
2) And of His signs is that He created for you from yourselves mates that you may find tranquility in them; and He placed between you affection and mercy. Indeed in that are signs for a people who give thought.[3]
3) And if you fear that you will not deal justly with the orphan girls, then marry those that please you of [other] women, two or three or four. But if you fear that you will not be just, then [marry only] one or those your right hand possesses. That is more suitable that you may not incline [to injustice].[4]

There are also numerous traditions in this regard. For example it has been narrated from the Prophet (PBUH) that he said:Whoever marries, he has indeed completed half his religion.[5]He has also been quoted saying: No structure in Islam has been built dearer before God that marriage.[6]

Thus, there is no doubt about high status of marriage in Islam both socially and morally. That is in contrast to some religions in which marriage might not be considered something holy or refraining from it might be counted as a sign of piety, like the Christian monks who disregard one of man’s first and foremost basic needs.[7] 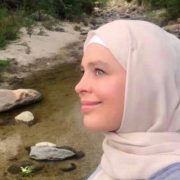 Chasity Shelton, New Muslim from US: I definitely had strong feelings of God’s presence but I was… 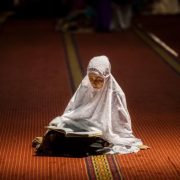 Tahrif al-Qur'an: A Study of Misconceptions Regarding Corruption of the Qur'anic Text

Book on Life of Prominent Qaris to Be Unveiled in Cairo

Kareema Abu Shahma: Palestine The Quran is my strength