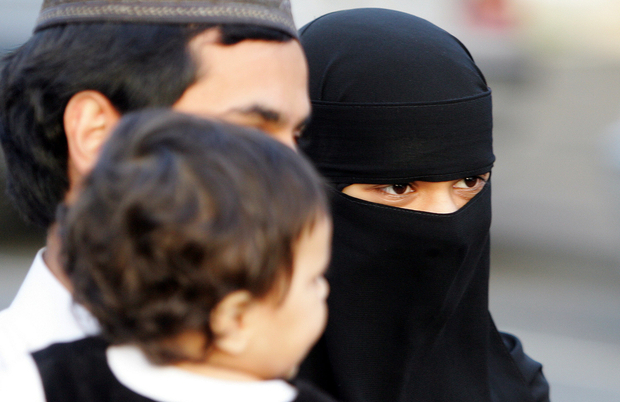 SHAFAQNA – Let’s face it, outlawing the burka – it sounds very “French” really, not steadfastly free or multiculturally British. Banning stuff, especially women’s stuff (face veils, headscarves, burkinis, bikinis and G-strings) is what they do “across the Channel”.

Yet Lisa Duffy (who?) has said she thinks burkas should be banned in the UK. An article in The Sun cites the finding of a YouGov poll that over 60 percent of Brits agree. Almost half also want the Burkini – the top-to-toe swimwear favoured in recent years by many Muslim women andNigella Lawson – banned.

Of course when it’s an unknown, otherised Muslim, her dress choice in The Sun’s headline is deemed to be “Islamic dress” in need of banning. When it’s a TV chef it’s a “bizarre swimsuit”. An obvious point maybe, but these days stating the truth repeatedly is much needed.

Why? Because despite The Sun’s elevation of Lisa Duffy (still who?) to the nation’s agenda setter, she has little to do with this shift in “British” mores. Duffy (I had to google her) is a candidate for UKIP leader, the party which since the Brexit victory in June’s referendum on leaving the EU has been credited in shifting the British political landscape immeasurably right, apparently by simply stating over and over that Britain should leave. Would that things were so simple, and the UKIP bogey (wo)man so worthy.

Nigel Farage and the party he founded certainly played a role in shifting public opinion, but the space for what we once used to think was the far-right to imagine a future for any state does not open up without the acquiescence and often leadership of what is considered to be the mainstream. The press, politicians and even the law in combination create public opinion, and stir up public emotion. Their repetitions and mutual confirmations create the ideas, good or bad, that the rest of us internalise.

It’s not a UKIP intervention that we need to look at or even The Sun’s reporting or YouGov’s decision to conduct the poll. The Sun commissioned a similar poll a few years ago, and five years ago YouGov also did a similar one.

It didn’t start there, there are more going back years. In 2010, there was a flurry (or maybe a slurry), with two sets of two polls weeks apart commissioned by Channel 5 News (also YouGov), The Independent (Comres), The Financial Times (Harris) and Pew (Princeton).  The results on the burka were very similar to this week’s, including in the variables of age and voting intention / political affiliation.

While France pushed ahead in enacting hatred, the British have just hated or been made, day by day, to hate

Of course there were the other online newspaper polls that dispensed with the need of academic rigour; eg. the Daily Star’s, in which the figures in support of banning were much much higher. While France pushed ahead in enacting hatred, the British have just hated or been made, day by day, to hate.

And all the while the files of advocacy organisations, whether Muslim-led like Islamic Human Rights Commission (IHRC) or community-based like the Citizens Advice Bureau, fill up with cases which IHRC’s survey research show are just the tip of the iceberg.

Does this mean that the great British public have from time immemorial hated the burka and desired for its expulsion by force of law? Why so much concern for an item of clothing in a country where the majority of the majority do not know a Muslim let alone know one of the estimated 10,000 women who might wear a niqab, ie. face veil?

Ipso MORI did one of the earliest polls in October 2006. They found that almost 40 percent of respondents (a disturbing enough figure) did not agree that Muslim women had the right to cover their face. Even then, why ask?

In June this year, I sat in a conference on Islamophobia being addressed, without a sense of irony, by erstwhile home and foreign secretary Jack Straw. It was the evening of 24 June, we were in Sarajevo, and all day my phone had been receiving messages about the post-Brexit hate attacks raging across the UK. I had decided not to challenge Straw even before he spoke, because really what hasn’t already been said to him, about the anti-terror laws or the Iraq war and the racism that underpinned both?

After much sanctimonious claptrap about Muslim misogyny in Blackburn (Straw’s constituency) contributing, it appeared in his mind, to global anti-Muslim hysteria, came the reminder. Straw repeated his statements on the face veil, first broached by him at the beginning of October 2006. The niqab to him was discomforting on a personal level and a mark of separation on a societal one.

That is when and where, arguably, the public space opened up in the UK. At the time, IHRC noted that the biggest spike in hate attacks being reported to it came not after the 7/7 or 9/11 attacks, but after Straw’s comments. The nature of the attacks featured Muslim women marked out not by face veils, but headscarves or some mark of “different” appearance in the mind of perpetrators. In one case an elderly man assaulted a woman, knocking her down and tearing her headscarf off.

When the leaders of your country tell you something is a mark of separation on someone, and you don’t know a someone to know different, you tend to believe them. And sometimes you feel so aggrieved you decide you will remove that mark. Ipso MORI’s findings, as with the hate attacks, can be attributed to that intervention more than any intrinsic anti-Muslim or anti-face veil emotion in the public at large.

These last few weeks, the burkini became a focus because of what happened in Nice, where a woman (actually wearing leggings, a shirt and a scarf) was accosted and fined by armed police who forced her to remove her top in public view. All the while “French” beachgoers watched in silence or applauded.

A few days later, a social experiment secretly filmed at the British seaside, presented a “police officer” demanding a burkini-clad woman to remove her clothing in similar fashion. As The Mirror despondently noted, whilst people came to the Muslim woman’s defence, they were all Asian and black. The white beachgoers seemed happy to lie back and watch, and one assumes in many cases, silently applauded the “police officer”.

After 10 years, and many Straw-like interventions, and the endless asking of the question by pollsters and papers, and the envious gaze of policy makers and press at the Republique Francaise ordinances, it is no surprise that the British (and French) majority will want face veils and body-covering swimwear banned (except when it’s just bizarre or Catholic).

Women who do wear face veils will live, as Irene Zempi and Neil Chakraborti painstakingly recorded (Zempi herself dressed in a niqab for four weeks and recorded her experiences), with both the fear of being attacked as well as real physical and mental victimisation, limiting their social interactions and causing isolation.

Then there are the rest of the women, who cover their hair, or dress modestly or just seem to be maybe Muslim by dint of colour or cloth. An IHRC overview of the type of hate attacks experienced by Muslim women in the last five years found there is an obsession not just with attacking women who cover, but to actually defile that covering (e.g. having alcohol thrown on them or being spat at) or forcibly remove it.

And all the while, in report after report, people stand by and watch. It is in fact so much like France. All that’s missing now are the guns.

– Arzu Merali co-authored the six volumes of the British Muslim Expectations of the Government series. She is one of the co-founders of the Islamic Human Rights Commission. You can follow her on Twitter @arzumerali.

This article was published first on Middle East Eye 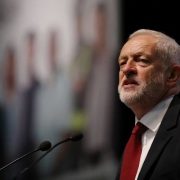 UK Labour's policy on Palestine: What next after the election? 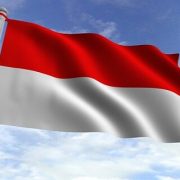